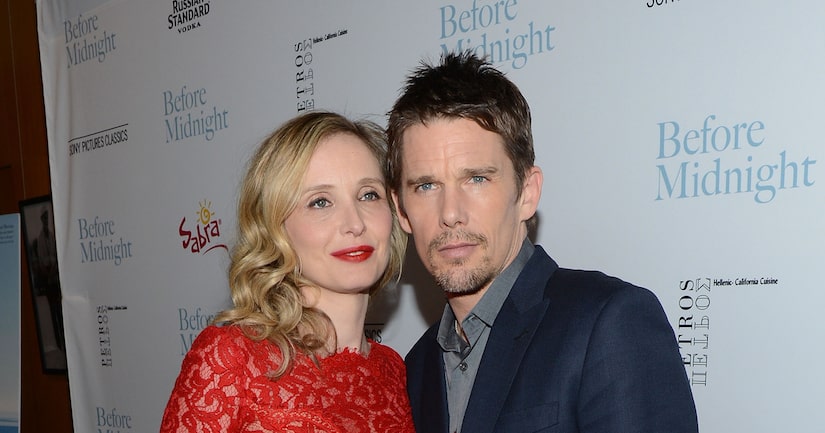 Actors Ethan Hawke and Julie Delpy reunite in “Before Midnight,” the third in the series of films revolving around couple Jesse and Celine.

The 1995 “Before Sunrise” focused on how Jesse meets Celine for the first time on a train to Vienna. The two ended up departing the train and spending one romantic night together, walking the streets of the gorgeous Austrian city and falling in love.

Jumping ahead nine years, the 2004 “Before Sunset” sees how Jesse and Celine lost touch with one another, but when Jesse is in Paris to promote his novel -- ironically about their first meeting -- he reconnects with Celine.

Now, in “Before Midnight,” Celine and Jesse have been together for nine years and have twin daughters. While on vacation in Greece, the two spend a day dissecting their relationship and navigating through their now very domestic existence.

ExtraTV.com Senior Writer Kit Bowen spoke with the stars about this enduring love story, how the films grow organically, and how these characters have evolved over the years.

“Before Midnight” clocks in May 24.