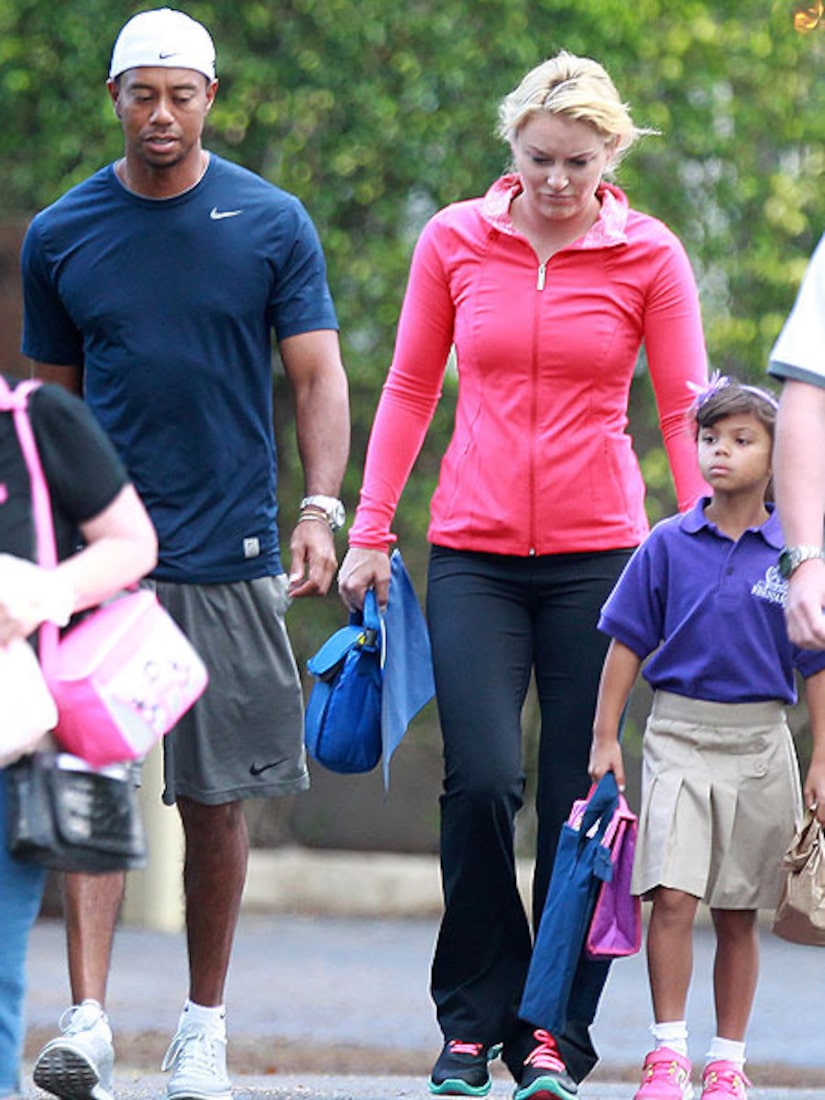 After Tiger Woods and girlfriend Lindsey Vonn were snapped taking Woods' kids to school together this week, a new report now says Tiger's ex-wife, Elin Nordegren, isn't too happy about it.

A source told the National Enquirer that “Elin is furious” about the photos, including recent pics taken on Tiger's yacht with 28-year-old Vonn in a bikini in front of Sam, almost 6, and Charlie, 4.

Woods and Nordegren reportedly had a clause in their 2010 divorce agreement that the children not be exposed to any of Tiger's romantic partners, unless approved by Elin, and that the kids were to be kept out of the public eye.

While the Swedish mom has seemingly approved of Vonn to be around her kids (the golf champ has asked the Olympic skier to move into his home in Jupiter), the photos may have triggered Elin to believe there is an apparent breech of that agreement.

The source told the Enquirer, “She [Elin] feels Tiger is using their kids to repair his damaged image by appearing with them and Lindsey in a place where he know photographs will be taken. She wants to get an injunction to prohibit Tiger from exposing the kids to any publicity, especially when he's with one of his girlfriends.”

Woods and Vonn have been dating for five months, and went public with their romance in March.