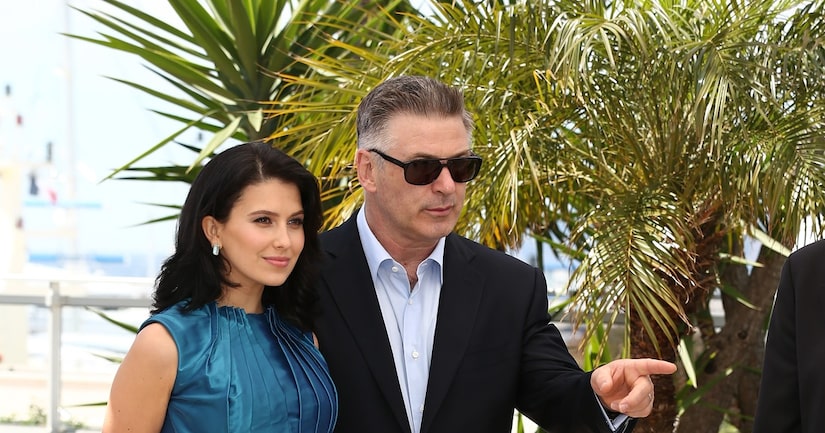 “Extra” caught up with Hilaria and Alec Baldwin at the Cannes Film Festival, where Alec is promoting his new film, “Seduced and Abandoned. “

Alec cracked jokes as he crashed a taping of “Extra” with Hilaria and AJ Calloway, whispering to AJ, “Ask her about Clive Owen…”

It turns out Hilaria has a free pass to marry the British actor should anything happen to Alec!

Hilaria then took the reins as “Extra’s” lifestyle correspondent and interviewed her husband and the director of “Seduced and Abandoned,” James Toback.

The film, which takes a look behind the scenes at the Cannes Film Festival and what it takes to make a movie, includes interviews with directors like Francis Ford Coppola and Martin Scorsese.

Toback explained that there is a common theme with directors. “No matter how successful you get there are crisis arising after each film. You need to reinvent yourself constantly. You can assume nothing, you have to feel that every year or two your career is potentially over.”