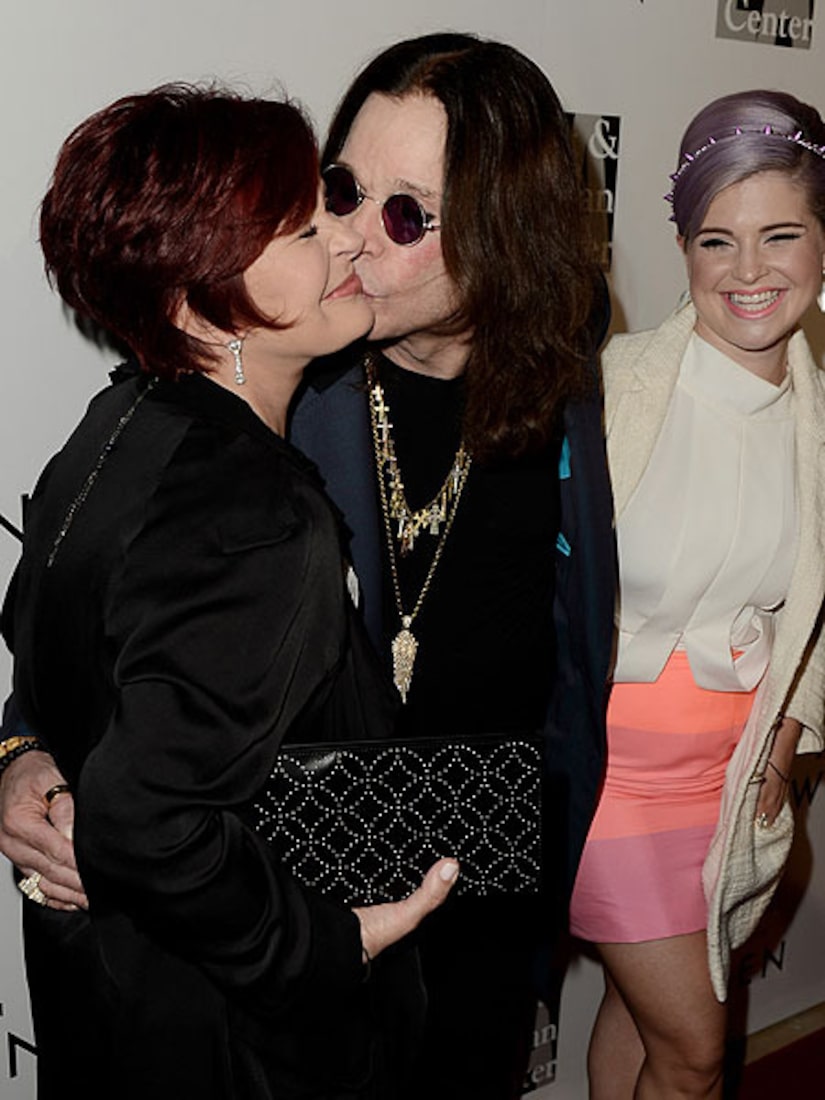 It looks like Ozzy Osbourne and wife Sharon Osbourne are mending their very public relationship.

The two displayed affection in Beverly Hills on Saturday, attending “An Evening with Women” event with daughter Kelly Osbourne.

Ozzy, Sharon, and Kelly were also together at lunch earlier in the day. A source told TMZ, “Our spies say that as the meal went along, the two got pretty cozy together.”

Sharon has admitted to being devastated by Ozzy's substance abuse relapse. Rumors say Ozzy had moved out of the house on a temporary basis until he is fully recovered.

According to a recent tweet from Kelly, that day may have arrived. She posted a funny pic of Sharon, hiding under a blanket, and wrote, “My mum is currently hiding from her personal trainer! Can you tell? My dad & I are pissing ourselves!”