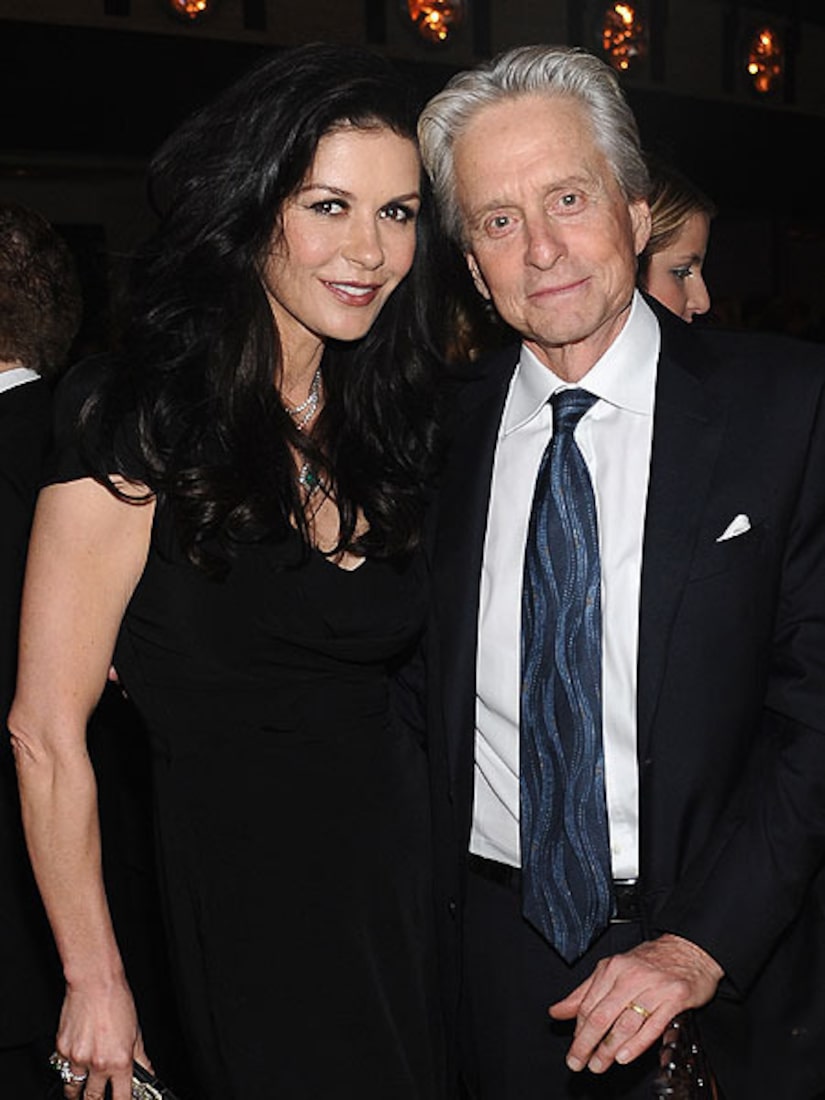 “Extra’s’ AJ Calloway sat down with Michael Douglas at the Cannes Film Festival, where his HBO biopic "Behind the Candelabra" is set to premiere.

Douglas opened up to Calloway about his role as Liberace, and talked about his battle with throat cancer and wife Catherine Zeta-Jones’ ongoing, proactive treatment for bipolar disorder.

Douglas said, “She’s got herself worked out with her meds and she's raring to go!”

As for playing the flamboyant Liberace, the actor said he never hesitated for a moment. “You’ve got to put it in perspective… coming off of the cancer, I was just happy to be alive, and then someone hands me one of the best scripts I’ve ever read. Steven Soderbergh tells me he’s going to direct, Jerry Weintraub is going to produce, Matt Damon is going to be my co-star… AND I get to play Liberace! I was like, ‘Aw, baby this is to good to be true!’ I was ready for some good luck.”

Michael has continued to have good luck with his health. “I feel great. I’m cancer-free, and with my particular type of cancer, if you’re free after two years, it doesn’t usually come back.”

"Behind the Candelabra" airs on HBO May 26th.