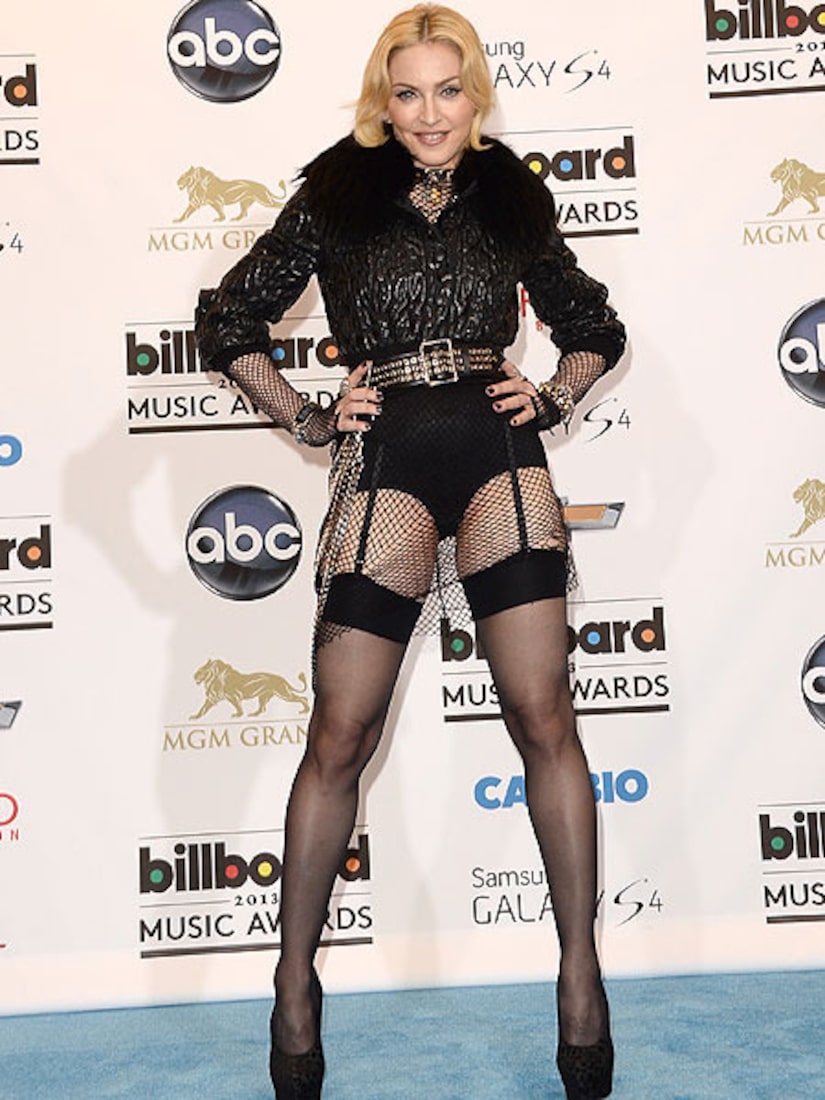 After Madonna accepted her Top Touring Artist prize at the Billboard Music Awards on Sunday, the superstar sat down exclusively with “Extra’s” Jerry Penacoli, and opened up about her family, her Met Gala photo with Kim Kardashian and her feud with Elton John.

Rocking a bodysuit and thigh-high tights, Madonna talked with Penacoli about her “MDNA” tour and working with her children, Lourdes, 16, and Rocco, 12. “It was great to have a working family… to me that’s my idea of fun, to be creative, to do what I love to do and see my kids working around me and earning their way in life. My daughter worked in the costume department and she loved it. My son was in the show, and he loved it.”

Madonna explained how she juggles raising her four children, including son David Banda and daughter Mercy James, both 8. “I try to find the right balance between being there for them and guiding them and also being an artist. I’m trying to find enough time in the day to do those jobs well.”

The mom continued, “I try to be very clear with them. This is my persona for work. What we aspire to do is to work and to be good people. If you don't have those two things, fame is nothing, so I try to drill that into their heads.”

Madonna also loves fashion and told Jerry that when she posed with Kim Kardashian at the Met Gala it was the second time she had met the reality TV star. “I met her years and years ago when she was a little girl, believe it or not. She told me she was a huge fan of mine, and it was during the time I was wearing all of the rubber bracelets on my arms. I took off all of the bracelets and gave them to her and then I completely forgot about it. She reminded me when I saw her the other night. Now she's a pregnant lady!”

As for her infamous feud with Elton John, John recently confirmed to “Extra” the two made up. Madonna confirmed the reconciliation at a restaurant in Nice, France. “After we kissed and hugged, he paid for my dinner, as he should.”

For those who did not catch Madonna’s “MDNA” tour in person, a TV special will air June 22 on the Epix movie channel. She also announced to Penacoli that the tour special is being released on DVD and Blu-ray in September.