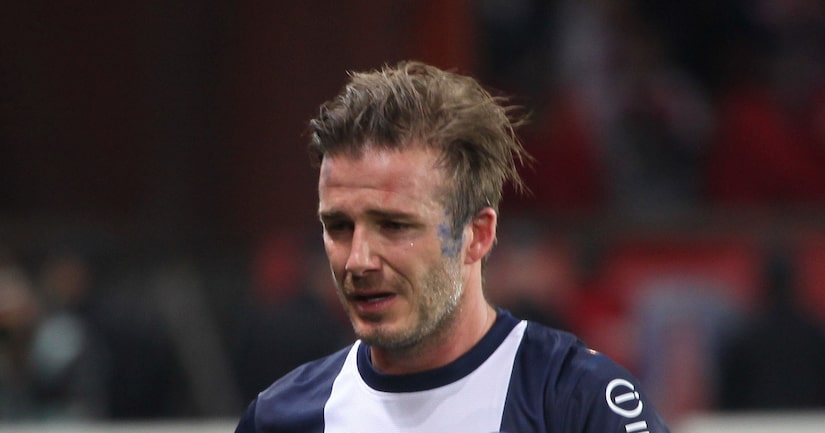 Even a buff soccer hottie like David Beckham cries every once in awhile.

After playing his final soccer game with the Paris Saint-Germains, and sending a ball-arcing assist to a teammate for a goal and win, an emotional Beckham broke down in tears, waved to his family in the stands and fell into a hug from the bear-like figure of manager Carlo Ancelotti.

Beckham's wife Victoria and their children, Brooklyn, Romeo, Cruz and Harper, were there to cheer David on. 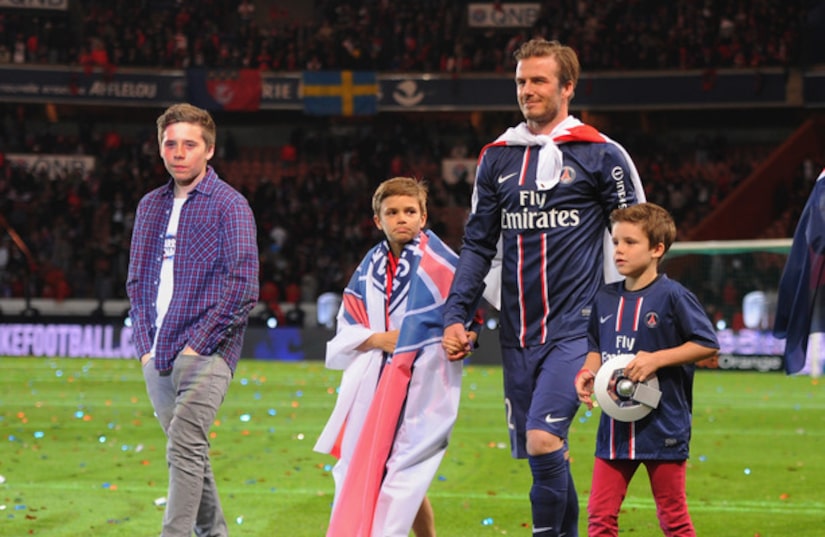 The soccer superstar announced his retirement from the game earlier this week.