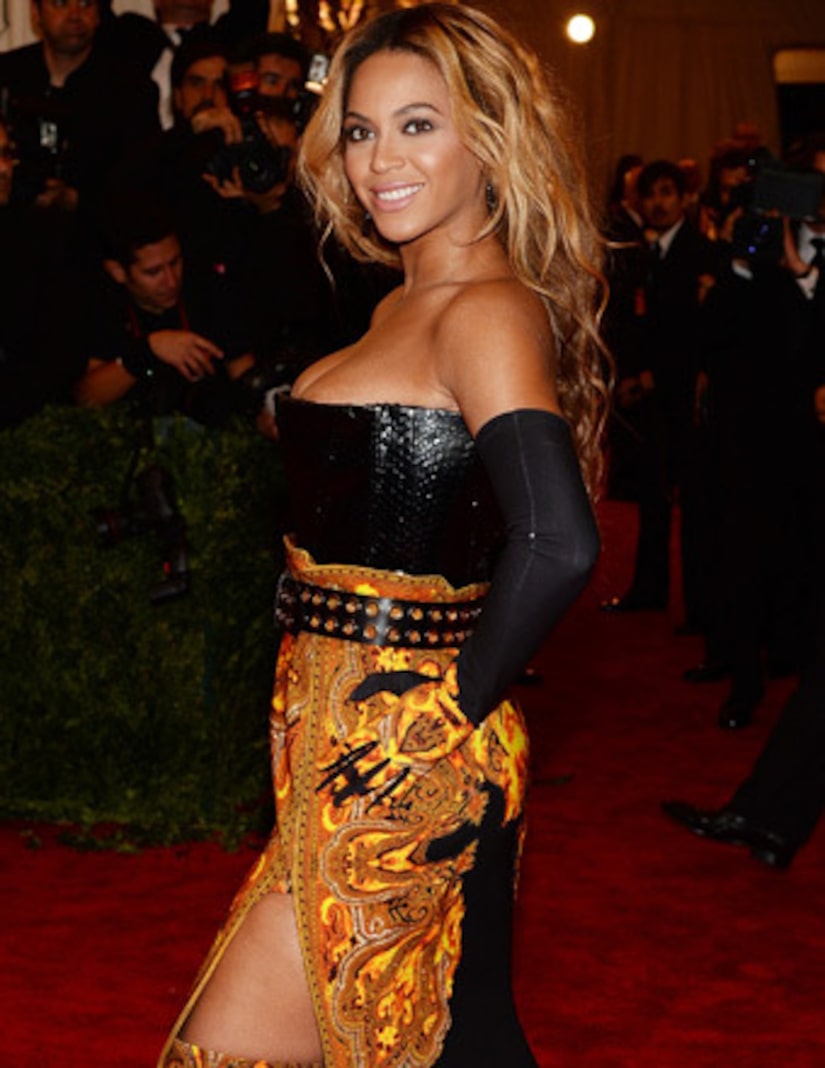 Beyoncé pregnancy rumors went into overdrive this week when the singer was forced to cancel a show due to “exhaustion.” Now, E! News claims the baby buzz is true, saying multiple sources have confirmed that Bey has a bun in the oven.

So far Mrs. Carter and husband Jay-Z, who are parents to one-year-old daughter Blue Ivy, have remained mum on the pending stork delivery.

The gossip started when the “Countdown” singer appeared to be covering up a baby bump at the Met Gala in NYC last week and recently on her world tour.

She told “Good Morning America” last week that she would like more children.

“I think my daughter needs some company. I definitely love being a big sister,” but she didn't reveal when the couple was planning to add another little one to the bunch. “At some point, when it's supposed to happen.”

One insider tried to debunk the baby talk, telling People, "Beyoncé and Jay are planning for another baby after her tour is over and things calm down just a bit."