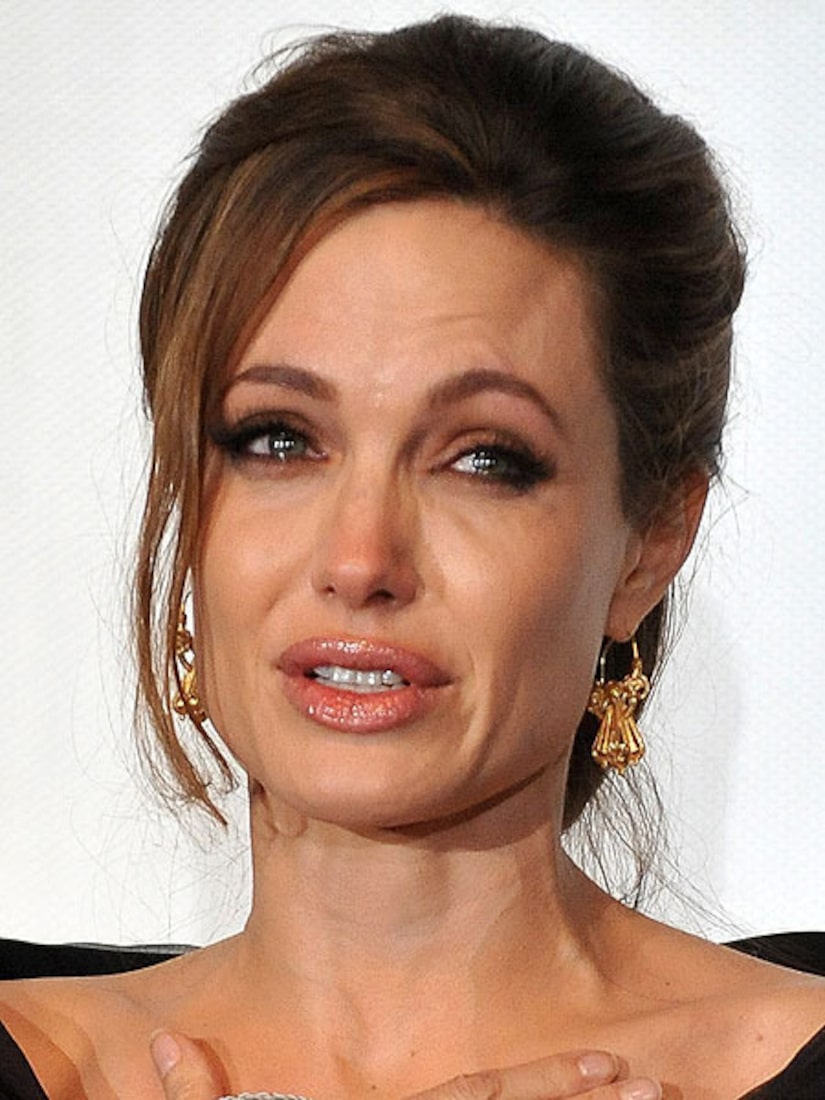 Actress Angelina Jolie, who underwent a double mastectomy to prevent breast cancer, is also planning to have her ovaries removed.

In this week's People cover story, the magazine looks at Jolie's extreme health decision and reveals that because she carries the "faulty" BRCA1 gene, Jolie is still at risk of developing ovarian cancer, the same disease that claimed the life of her mother, Marchline Bertrand, in 2007.

Angelina's doctors estimate she has a 50 percent of developing ovarian cancer, and some doctors recommend patients undergo the surgery by age 40, or when a woman is done having children, though it may trigger early menopause, says People. Angelina will be 38 on June 4.

Jolie went public with her mastectomy surgery on Monday to help other women at risk, but also to help soothe any worries her six kids had about losing their mother.

The Daily Mail reports the Oscar winner is also pushing to finally tie the knot with fiancé Brad Pitt. A source told Daily Mail, “Angie is keen on a wedding and the kids are clamoring for a marriage and keep asking Brad and Angie when it's happening. They are all for all intents and purposes married, but it's become clear that it's important to them to make it official.”

The “World War Z” actor gave an interview to USAToday.com on Tuesday, saying he and Angie are keeping things as normal as possible for the children. "We set up our own little post-op recovery that became pretty fun. You make an adventure out of it."

The actor also admitted, "I'm quite emotional about it, of course. She could have stayed absolutely private about it and I don't think anyone would have been none the wiser with such good results. But it was really important to her to share the story and that others would understand it doesn't have to be a scary thing. In fact, it can be an empowering thing, and something that makes you stronger and us stronger."

Pitt called the experience "an emotional and beautifully inspiring few months. And I'll tell you, it's such a wonderful relief to come through this and not have a spectre hanging over our heads… to know that that's not going to be something that's going to affect us.”