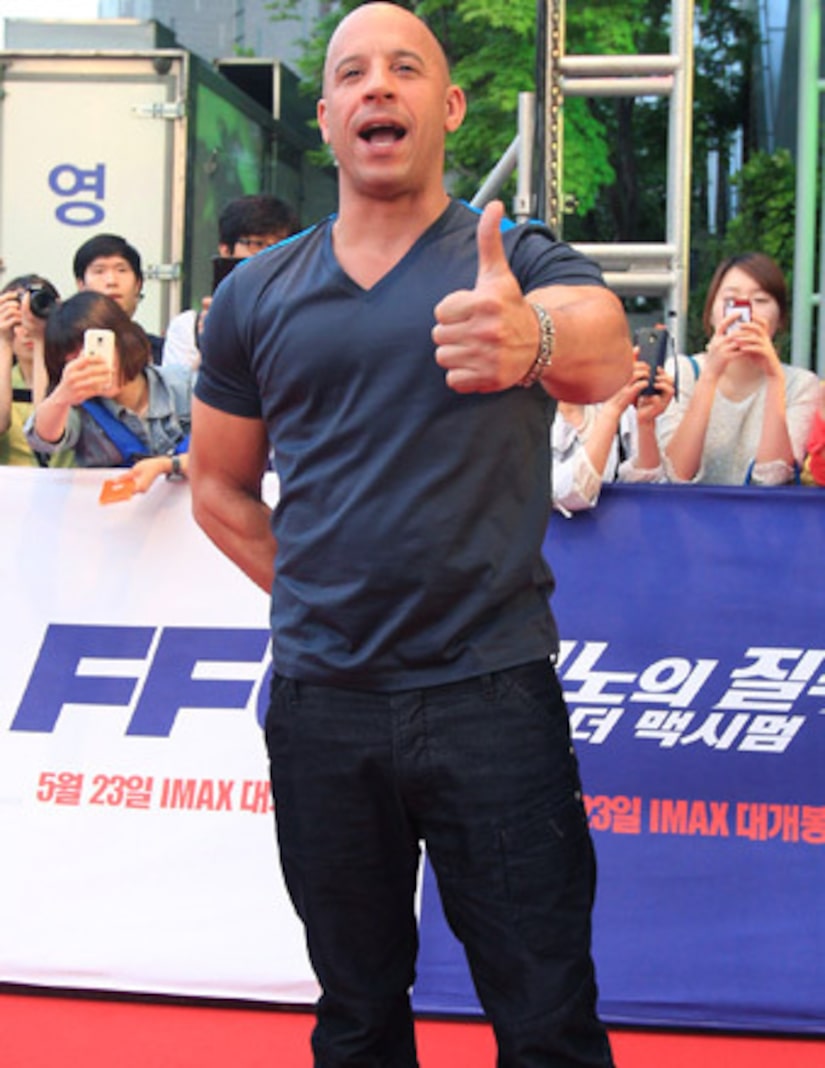 Action star Vin Diesel pats himself on the back for his mad social media skills, but he wasn’t serious when he told Entertainment Weekly, “Facebook really owes me billions of dollars.”

Diesel explained that he was the first person, besides President Barack Obama, to obtain a million likes on Facebook. Now he has more than 40 million followers!

“When I jumped on that page in April 2009, I started talking to people,” he said. “In the realest ways. Imagine if you could’ve been a Facebook friend to Marlon Brando, or whoever your role models are. Imagine, if you were able to Facebook Elvis, and talk to him, and hear from him without the Hollywood of it all. That was the ‘Fast & Furious’ experience.”

Vin later added, “So, when I started talking to the fans, I became the No. 1 page in the world. Over Coca-Cola, over huge companies. And it was only because I said: ‘Hi, guys, I love you.’”

For Diesel, it is all about being authentic. “Facebook used to ask me to come up to their office to explain what the f**k I was doing, and why I had so many fans. What was unique was: I never let anyone do a post, I never let anyone post for me in the last four years. “

He continued, “My audience knows me so well on the page that if my producing partner’s in the room when I post, they’ll know somebody was around me. That’s kind of cool, that’s how sophisticated they are. Facebook really owes me billions of dollars. But whatever. [Laughs]”

Watch the video to get the scoop on Vin's latest movie, "Fast & Furious 6"!