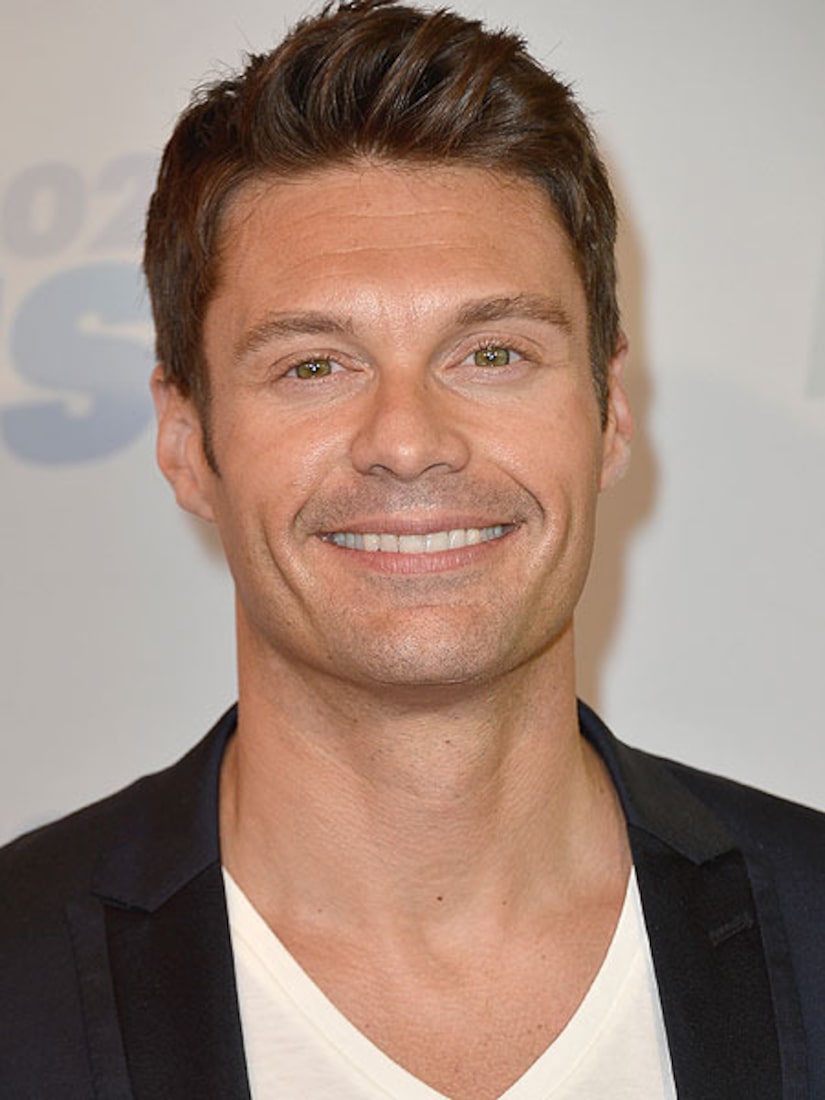 “Extra’s” Terri Seymour spoke with Ryan Seacrest this weekend at the Wango Tango event, and he set the record straight on the recent “American Idol” rumors.

Seacrest told Terri that judge Randy Jackson did not give him a heads up about his plan to leave the show. “No, Randy didn't really discuss it with me. It was something I found about with everyone else.”

As for the report that the rest of the judges are out next season as well, Seacrest explained, “I think we're trying to get through this finale week, and we'll find out what next season brings after that.”

Ryan did confirm is that he will be back as host next season. “I'm staying next season, yes. I'm hosting 100%.”