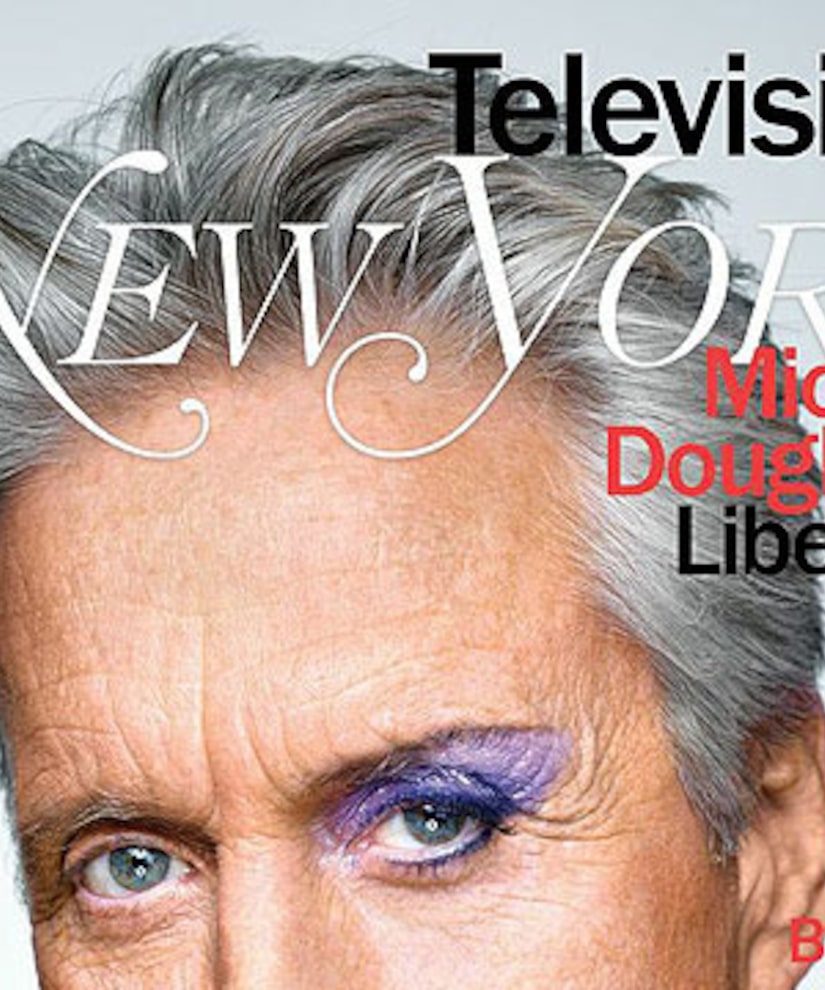 Actor Michael Douglas graces the June cover of New York magazine, talking about playing Liberace in the upcoming HBO biopic “Behind the Candelabra.”

On shooting love scenes with co-star Matt Damon, Douglas explained, “Once you get that first kiss in, you are comfortable. Matt and I didn't rehearse the love scenes. We said, 'Well -- we've read the script, haven't we?' … The hardest thing about sex scenes is that everybody is a judge. I don't know the last time you murdered somebody or blew anyone's brains out, but everyone has had sex and probably this morning, which means everyone has an opinion on how it should be done.”

The Oscar winner has a great memory of Liberace. “I met him once with my father in Palm Springs, where they both had homes, but what I mostly remember is Lee's TV show. Liberace talked directly to the camera -- he was the first person to do that. He was having such a good time that he was contagious. For me, Lee's gayness didn't even enter the picture -- you just wanted to share the good time with him. And he was nice. I was attracted to his sheer likability.”

Douglas also opened up about son Cameron's extended jail sentence. “I have gone from being a very disappointed but loving father who felt his son got what was due him to realizing that Lady Justice's blindfold is really slipping. I'm not defending Cameron as a drug dealer or drug addict, but I believe, because of his last name, he's been made an example… I could have strangled him. When he had the 'slip,' I said, 'You were two weeks away from starting your rehab program!' But years of shooting up heroin screws up your system.”