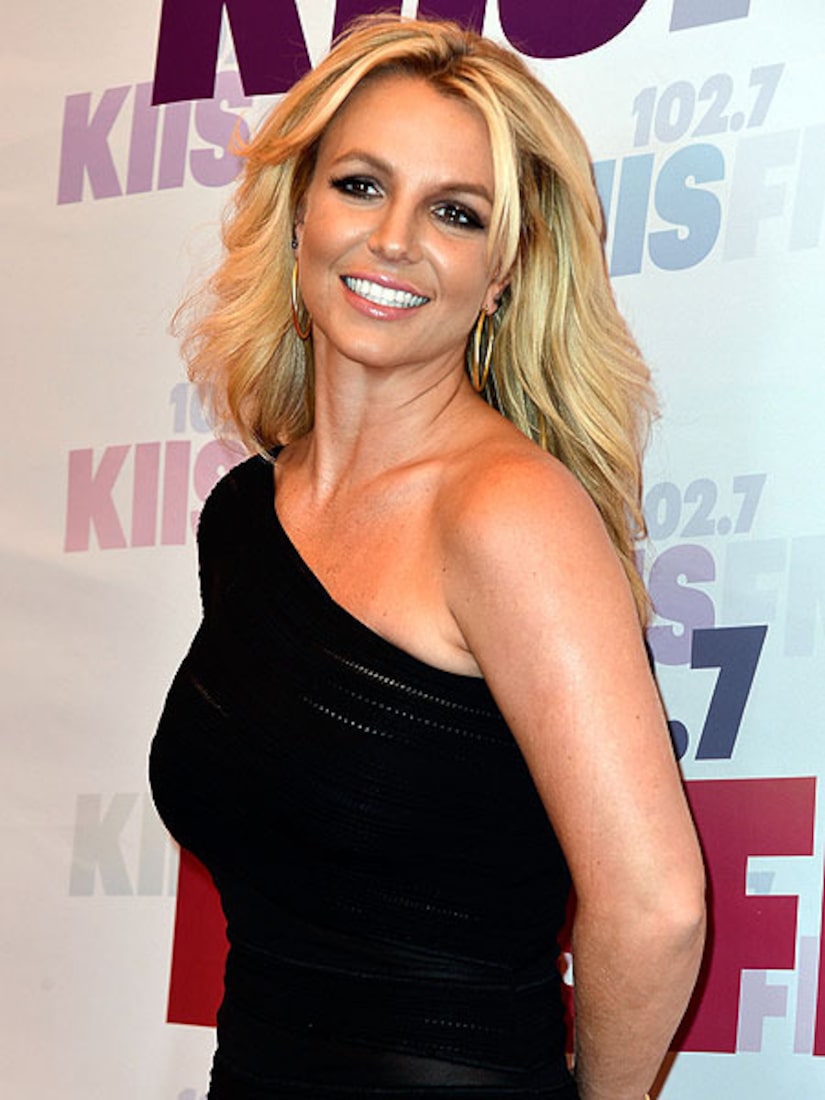 “Extra’s” Mario Lopez sat down with Britney Spears for an exclusive interview, in which the singer opened up about staying in shape, keeping up with sons Sean, 7, and Jayden, 6, and what’s next in her career.

Spears, who graced this month’s cover of Shape magazine, explained her routine. “I really love doing yoga. I have two separate trainers that come in and we play with it. I don’t like doing the same thing all the time, but my main ritual is yoga. I do a lot of yoga.”

The “Toxic” singer does allow herself some of guilty pleasure foods. “I love white chocolate, and I love potato chips! I like the salty and sweet.” Mario asked if it is harder to watch what she eats when she is around her kids. “Yes, actually, that is so true. When they come over, the snacks are constantly piling up, and I constantly have to feed them. I'm like, ‘Jesus I want fried chicken too!’”

The mom said her sons like the spotlight, so they may follow in her footsteps. “They do like attention, so I think they would probably be good in the limelight. We're taking baby steps right now as far as agencies and stuff go, but they're little comedians, so we'll see.”

Britney is focusing on her new music. She recently collaborated with will.i.am on the hit “Scream & Shout,” and he will be producing her next album. Spears said, “He is so talented. He keeps it so fresh and so interesting. We've done two songs so far, and we have so much fun in the studio.”

Spears is also in negotiations to headline her own Las Vegas show. “Yes, I am excited. I love Vegas any time I get to go there, so I'm pumped. I haven't done a show in a really long time, so it'll be fun.”