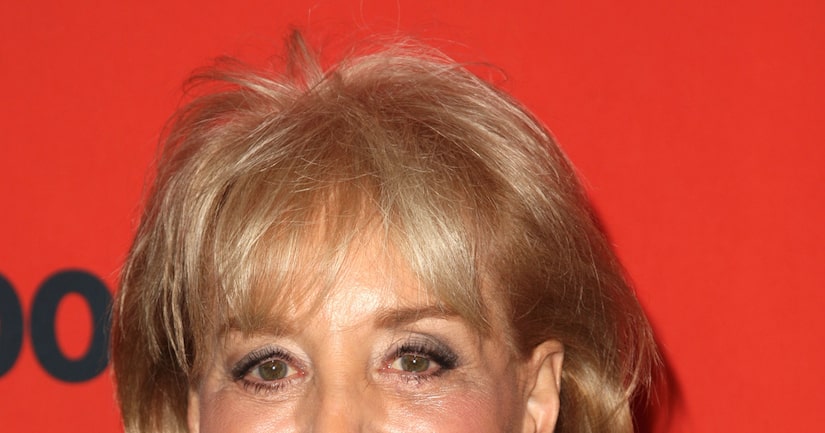 It's official; Barbara Walters is retiring! The veteran newscaster, 83, announced the news in a statement on Sunday, saying, "I am very happy with my decision and look forward to a wonderful and special year ahead both on 'The View' and with ABC News. I created 'The View' and am delighted it will last beyond my leaving it."

After 37 years in the biz, Walters plans to hang up her reporting hat in summer 2014. Until then she will continue her work with ABC News and “The View,” and will continue to executive producer the popular daytime show. She also has a "20 Years of the 10 Most Fascinating People" special in the works for December, and a May career retrospective.

Walters has been a pioneer for women in journalism. She began her career in 1961 on NBC's “Today Show.” In 1976 she became the first female evening news anchor when she joined ABC Evening News. A few years later she began reporting for “20/20.”

“No one was more surprised than I,” she said of her on-air career. “I wasn't beautiful, like many of the women on the program before me, and I had trouble pronouncing my r's. I still do!”

Her groundbreaking interviews included crossing the Bay of Pigs with Fidel Castro and conducting the first joint interview with Egyptian President Anwar Sadat and Israel's Prime Minister Menachem Begin. She once asked Vladimir Putin if “he ever ordered anyone to be killed.” Barbara explained, “For the record, he said no.”

Walters sat down with every president and first lady since the Nixons, and some of Hollywood's biggest stars like Angelina Jolie and Barbra Streisand.

What's next for the legendary newswoman? “I do not want to appear on another program or climb another mountain,” she said. “I want instead to sit on a sunny field and admire the very gifted women — and okay, some men too — who will be taking my place.”

Barbara is one of a kind, so who could possibly replace her on “The View”? Tell us on our Facebook page!