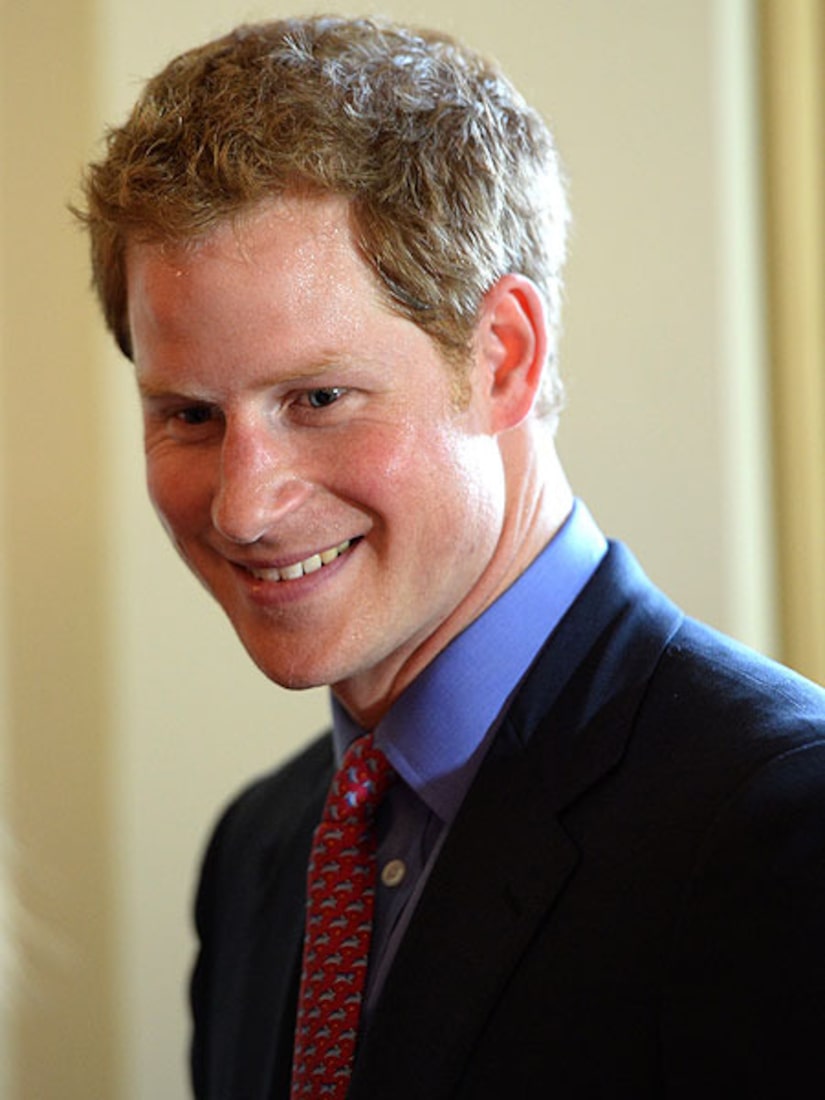 On Friday, he visited Arlington National Cemetery, wearing his blue dress uniform with a sky-blue cap. The young royal, 28, a captain in the British Army just returned from a tour of duty in Afghanistan as a helicopter pilot.

At the cemetery, he placed a wreath at one of the graves with a message: "To my comrades-in-arms of the United States of America, who have paid the ultimate price in the cause of freedom. Captain Harry Wales."

The Prince will also visit Colorado Springs to attend the Warrior Games, will go to New Jersey and New York on Monday and Tuesday to tour Hurricane Sandy recovery efforts, and will attend a charity fundraiser. He'll also attend a polo match in Connecticut that serves as a fundraiser for his African charity, Sentebale.org.