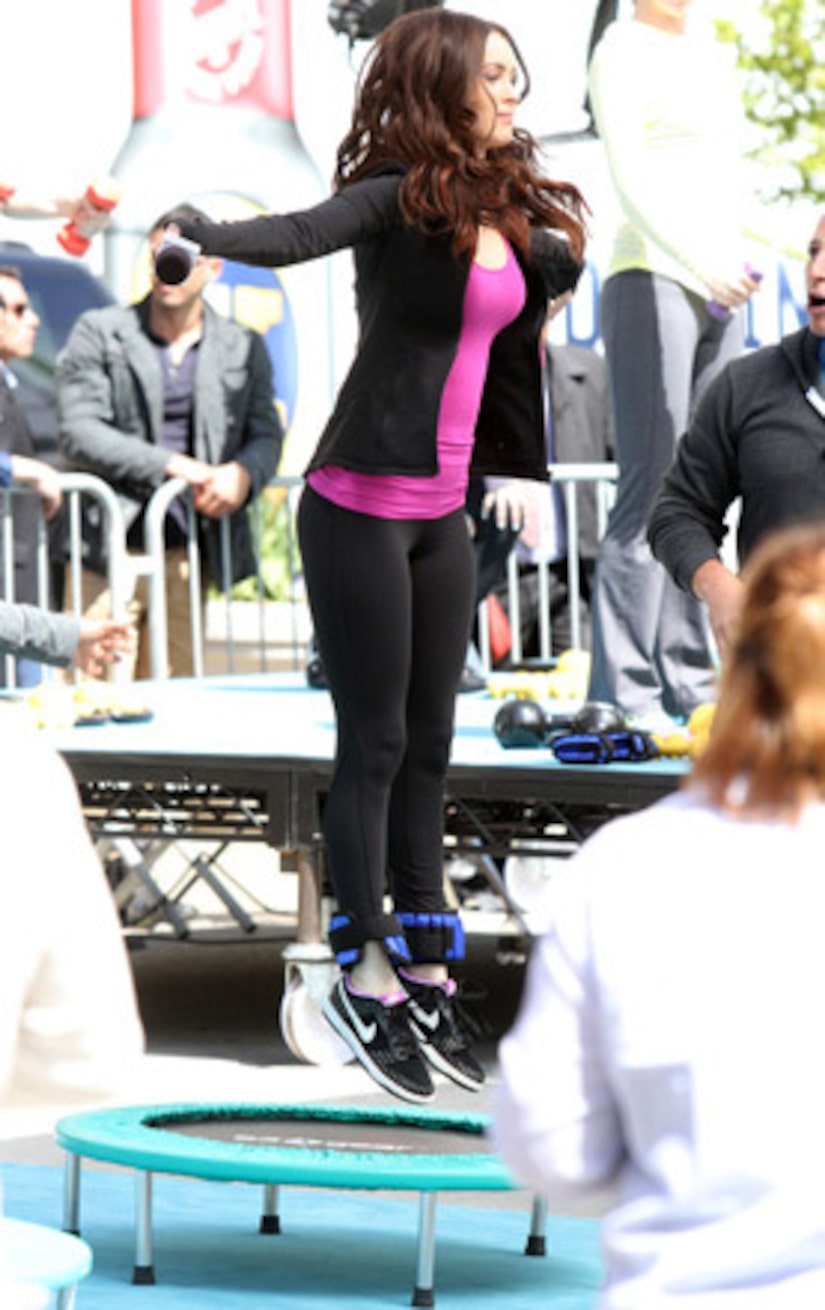 Just when we thought Megan Fox couldn't get any hotter… she proves us wrong by jumping on a trampoline!

The sexy scene was caught on camera in NYC, while Megan filmed “Teenage Mutant Ninja Turtles.” Fox plays reporter April O'Neil in the flick, and she appeared to be reporting on a soft news story in the segment. 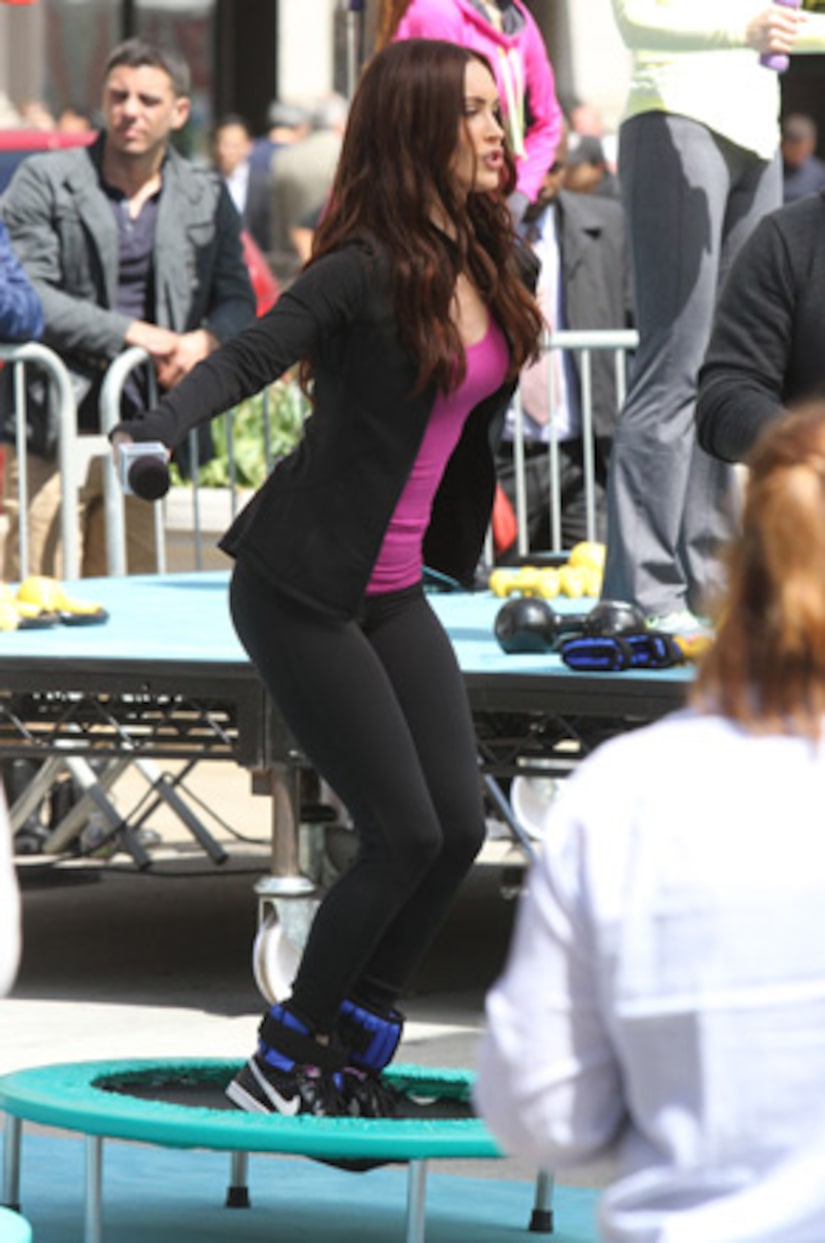