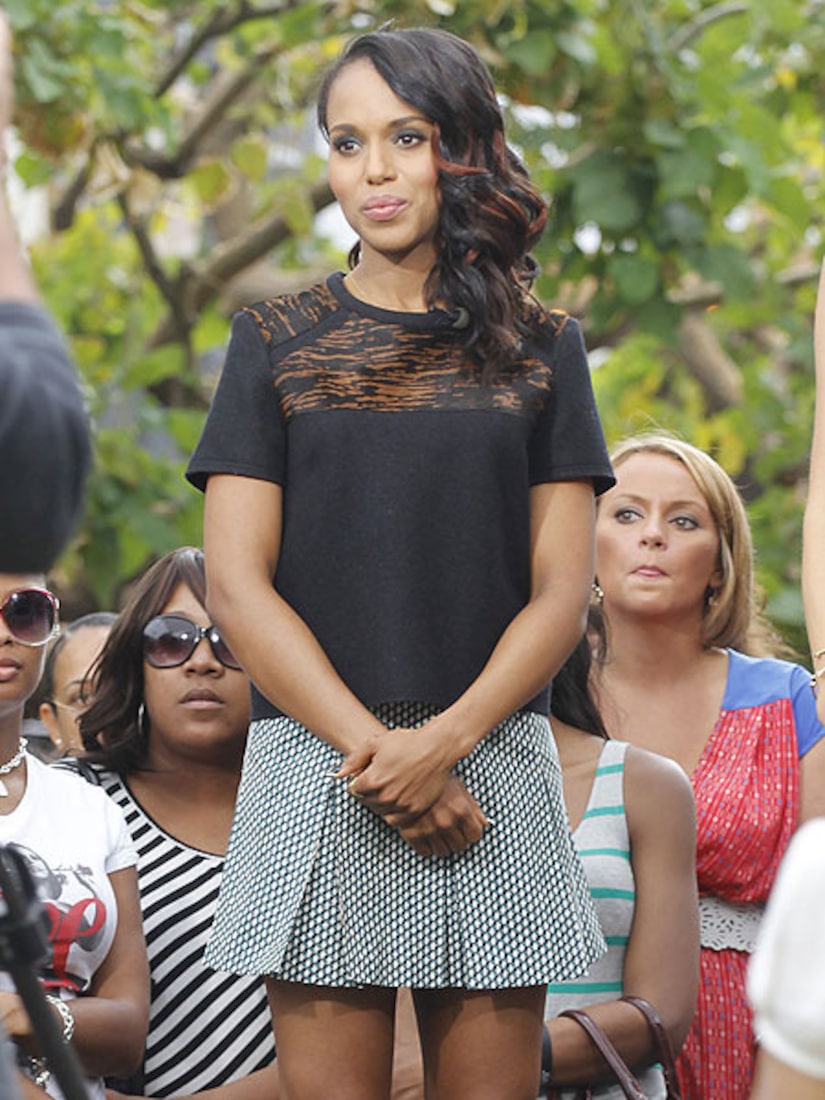 “Scandal” star Kerry Washington visited The Grove and talked with “Extra's” Maria Menounos about what to expect on the show's upcoming episodes, including the explosive season finale.

As for the season finale, Kerry promised, “It is so shocking that I almost could not get it out of my mouth at the table read. I was like, 'What are you talking about?' It's crazy!”

The actress also revealed that she when she was growing up, she went to the same Boys and Girls Club with Jennifer Lopez. “She was one of the big girls that we all looked up to. If our dance teacher wasn't around, she would fill in and teach. She's always been warm and kind to me.”

“Scandal” airs tonight on ABC. Make sure to also see Kerry in the hilarious new comedy, "Tyler Perry's Peeples," in theaters on Friday!