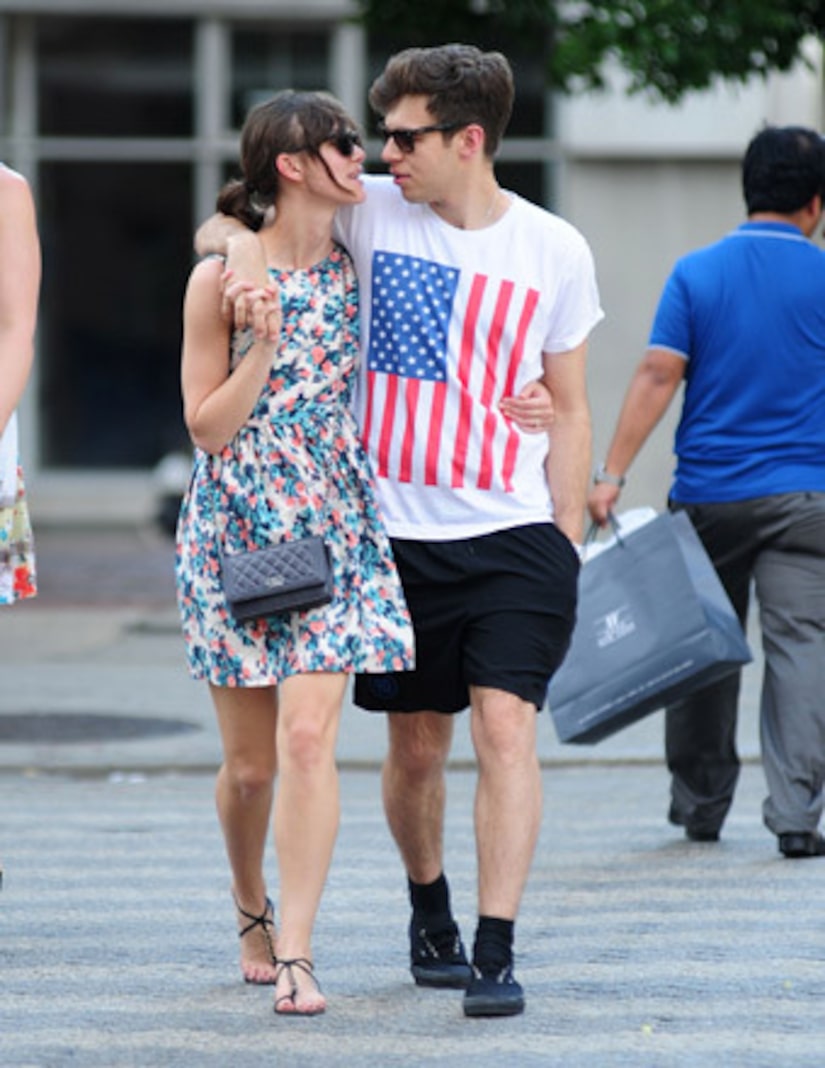 Actress Keira Knightley and Klaxons rocker James Righton are officially married! The couple wed in an intimate town hall ceremony in the south of France on Saturday with just 11 of their closest friends and family.

According to the Daily Mail, the entire affair, in the small town of Mazan, was low key and casual. Knightley walked down the aisle in a strapless ballet-style dress with a tulle skirt. She paired the knee-length number with a cropped Chanel jacket and pale flats (see the photos).

The “Anna Karenina” star wore her hair loose, adorned with a garland of daisies.

An onlooker told the Mail, “It was a very moving ceremony. Keira looked extremely moved by the whole thing - there were certainly tears of happiness.”

The eyewitness added, “It was a sunny day without a cloud in the sky. There were cheers of 'Well done, Keira' when she came out, but there were so few people present so they didn't make much noise.”

The insider said it was amusing to see the couple take off after the nuptials in a “battered old Renault Clio. It certainly looked as though it had seen better days.”

According to the paper, Keira's mother, playwright Sharman MacDonald, planned to host the reception at her nearby estate for approximately 50 guests. The couple reportedly hired a catering team and ordered 120 bottles of wine from the local Chateau Minuty vineyard. Rumor has it the Klaxons will play the after party.

The newlyweds are expected to throw a second reception party for friends in Britain.