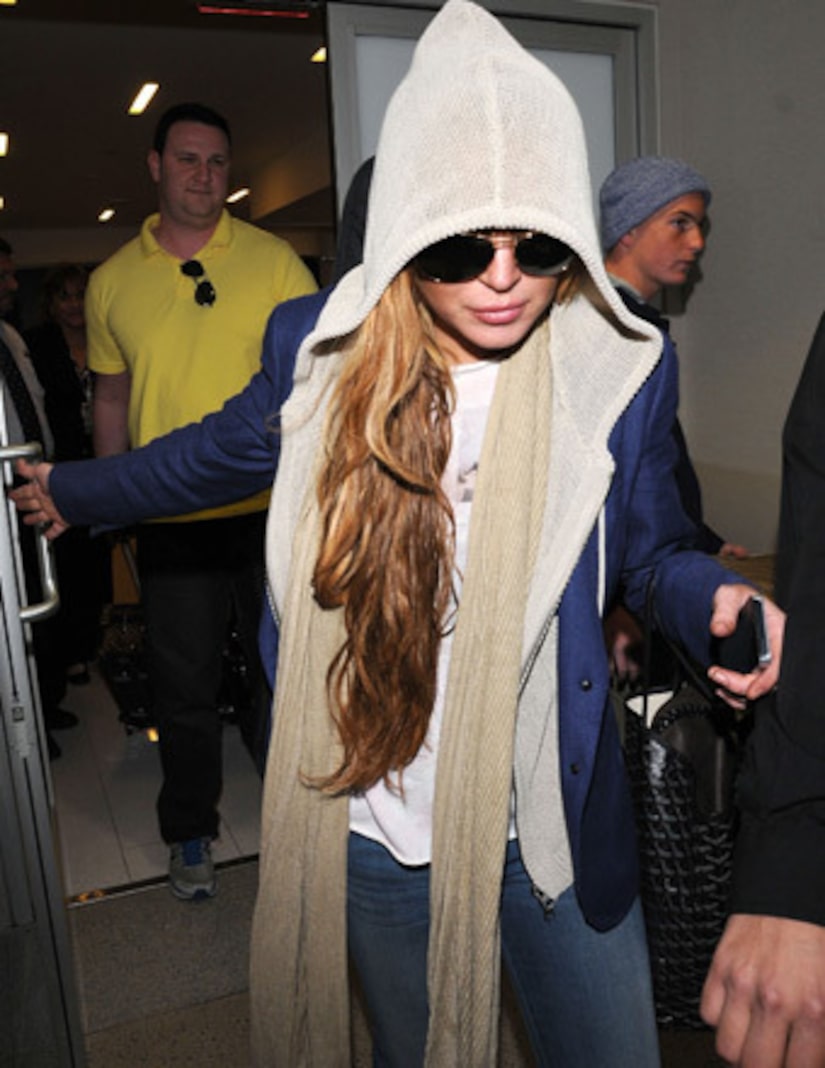 Troubled starlet Lindsay Lohan dodged an arrest warrant on Thursday by checking into the Betty Ford Center rehab facility in Rancho Mirage, CA. TMZ broke the news, saying she arrived to the center late in the evening.

The change in plans comes after Lindsay re-hired attorney Shawn Holley, who reportedly got Santa Monica City Attorney Terry White's stamp of approval for her star client to check into Betty Ford.

For now, the site says prosecutors are backing off plans to issue an arrest warrant, and the judge is expected to approve LiLo's stay at the clinic.

Lohan has a rocky history with Betty Ford. In 2010 she allegedly scuffled with a staffer. Cops were involved and civil lawsuits were filed.

The fickle former child star was due to check in at Seafield Center in New York Thursday morning, but according to TMZ, she wasn't happy with the facility because they don't allow smoking.

Instead, she boarded a private plane to L.A. on Wednesday night in hopes of doing her 90 days of rehab at Morningside Recovery in Newport Beach, which allows smoking.

Lindsay reportedly showed up at Morningside, but decided to leave for unknown reasons… all while her attorney at the time, Mark Heller, was trying to explain why his client was in California and not New York.

Morningside also came under fire after rumors spread that their license had been revoked. The company issued a statement calling the claims "completely false."