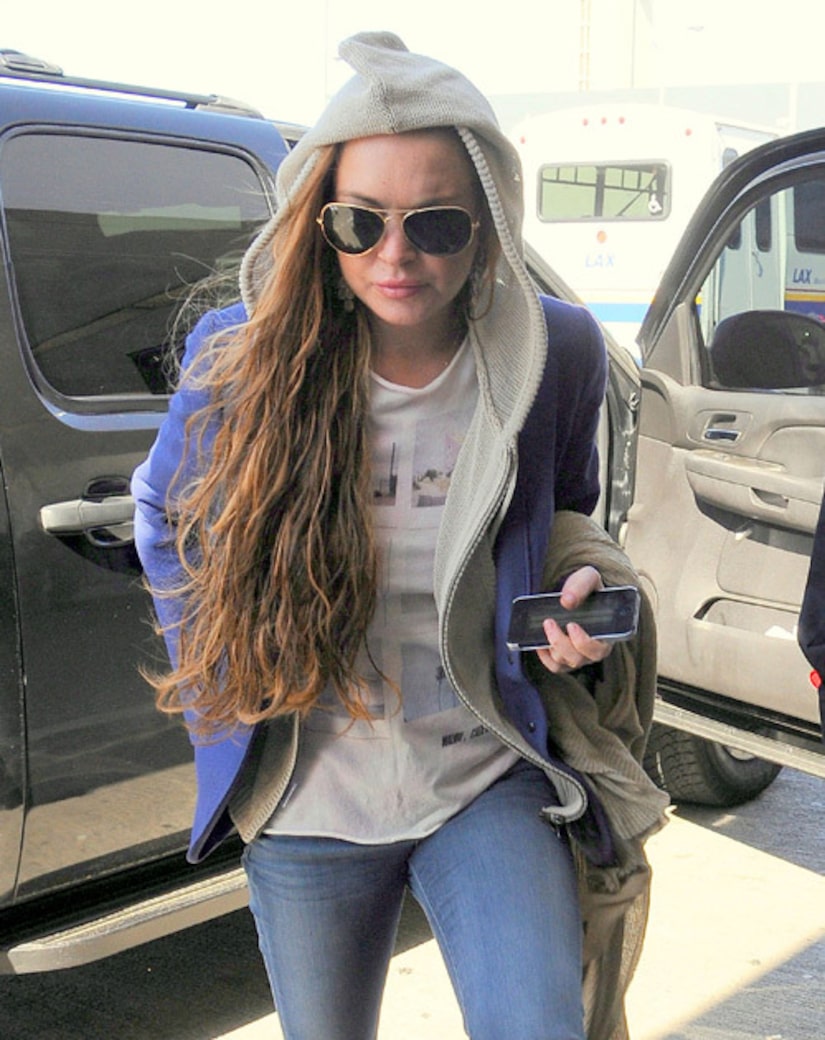 UPDATE: Mixed reports surfaced on Thursday regarding Lindsay Lohan and Morningside Recovery in Newport Beach. Multiple media outlets say she stopped by the facility in the morning, but it is unclear whether she ever checked in. The New York Daily News claims she is planning to catch a flight back to NYC.

It seems Lindsay Lohan does what she wants… even when it comes to court-ordered rehab. The troubled starlet is due to check into Seafield Center in New York Thursday morning, but according to TMZ, she wasn't happy with the facility.

Rumor has it she boarded a private plane to L.A. on Wednesday night in hopes of doing her 90 days of rehab there. All because she wanted to smoke while in recovery.

Now, she is expected to try and check into a Newport Beach facility called Morningside Recovery, where nicotine won't be a problem. After TMZ reported that the center's license had been revoked, Morningside issued a statement saying the rumors were “completely false.”

Lohan's dad, Michael Lohan, told Radar, “She was crying hysterically when she called me. Lindsay is heading to California, but she doesn't want to go to the place she's going and she's upset that she's being forced to do so.”

Lindsay's lawyer, Mark Heller, is due in an L.A. courtroom Thursday morning to discuss the situation with the judge and prosecutors, who never had a chance to sign off on the change in plans. If the judge believes she violated her plea deal, she could face 90 days in jail.

The 26-year-old's last pre-rehab hurrah appeared to be some retail therapy at Chanel in SoHo, where she was spotted outside... smoking a cigarette.