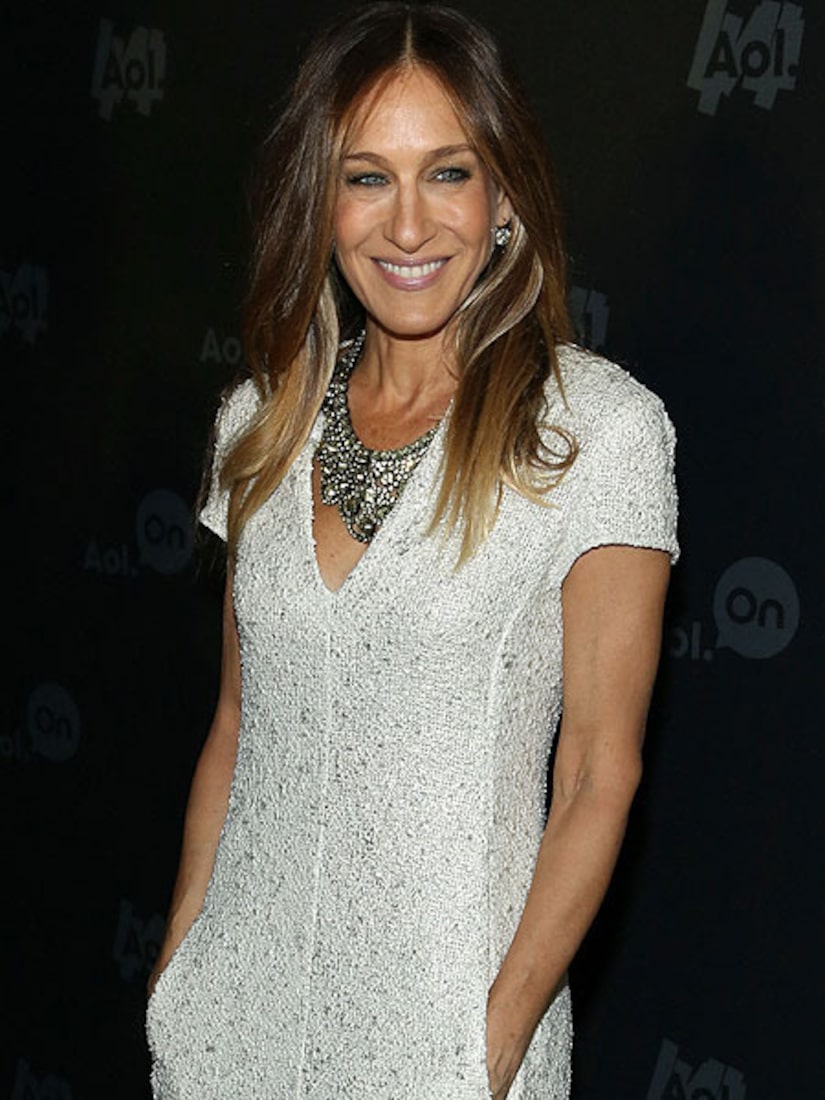 “Extra’s” AJ Calloway caught up with the lovely Sarah Jessica Parker at the AOL NewFronts, where her new digital series, “City Ballet,” was announced.

Parker opened up about the new series, 3-year-old twins Marion and Tabitha, and the possibility of another “Sex in the City” movie.

The actress said about an “SATC” follow-up, “I’ve been saying… there is one story left to tell. If it’s, in fact, the right time and the right place that maybe we should tell it. It would be wonderful. It’s fun to ponder.”

As for her passion project, Sarah, who was a dancer herself, explained how she came to doing “City Ballet.” “When I joined the board of the New York City Ballet, I started to wonder what might be my role on the board and how could I be helpful. I realized it was about the next generation, the next group of young people who are going to make the ballet a part of their lives. I had an idea, a docu-series about them, might be interesting.”

The mom of three said her children are into ballet. “My daughters love ballet. They dance all day long. They’re going to start taking proper ballet classes next year. We go to the ballet, and they pretend their ballerinas. They dress like ballerinas, wear ballet slippers.”

Parker will star in a play with Blythe Danner, written by Amanda Peet. “City Ballet” will premiere this fall.