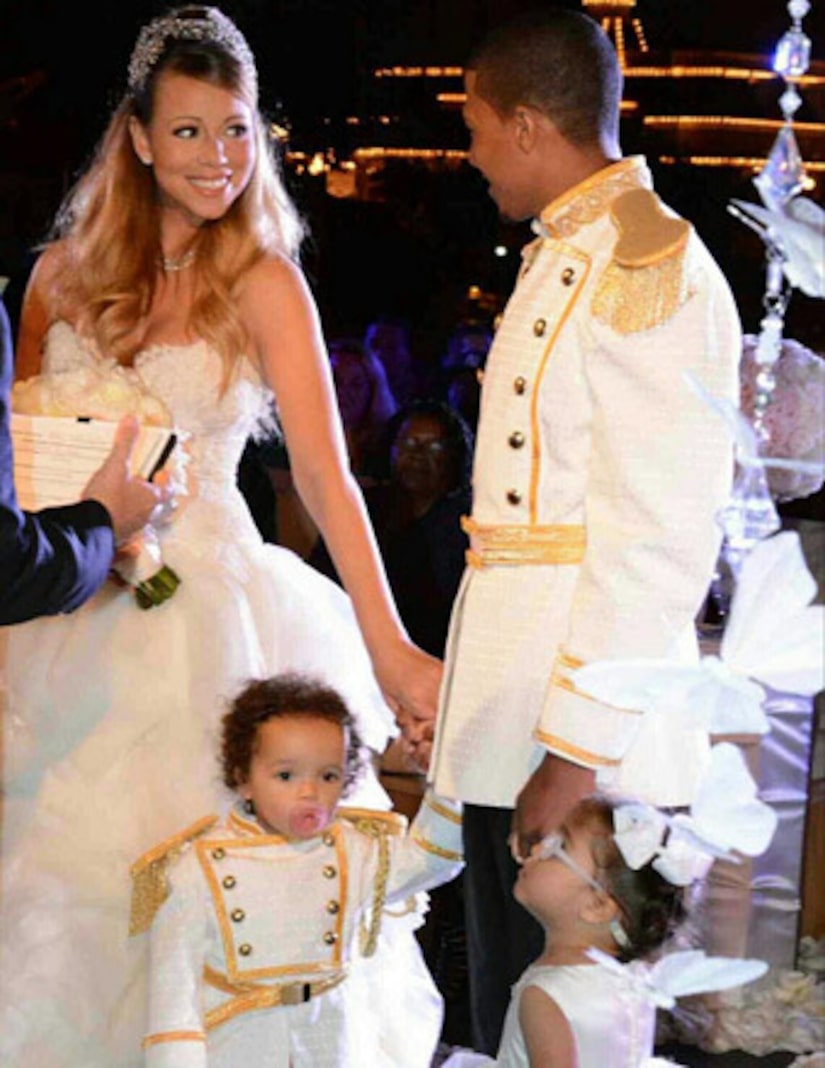 Sugary sweet Mariah Carey and Nick Cannon renewed vows on their five-year anniversary at the Happiest Place on Earth, California's Disneyland, after the park closed on Tuesday night, reports the Daily Mail.

The nuptials, themed “Do you believe in fairy tales,” included Mariah and 2-year-old mini-me Monroe in princess-style gowns. Mariah rocked some serious bling and a sparkly tiara, while Roe looked adorable with pink bows in her hair.

Mom and daughter were picked up in a horse-drawn Crystal Carriage (think Cinderella) and taken to Main Street, where Cannon, looking every bit the prince, and son Moroccan were waiting.

Mariah documented the big night, which also marked the twins' second birthday, on Vine as she got ready and made her way to the festivities. Check out all the videos!