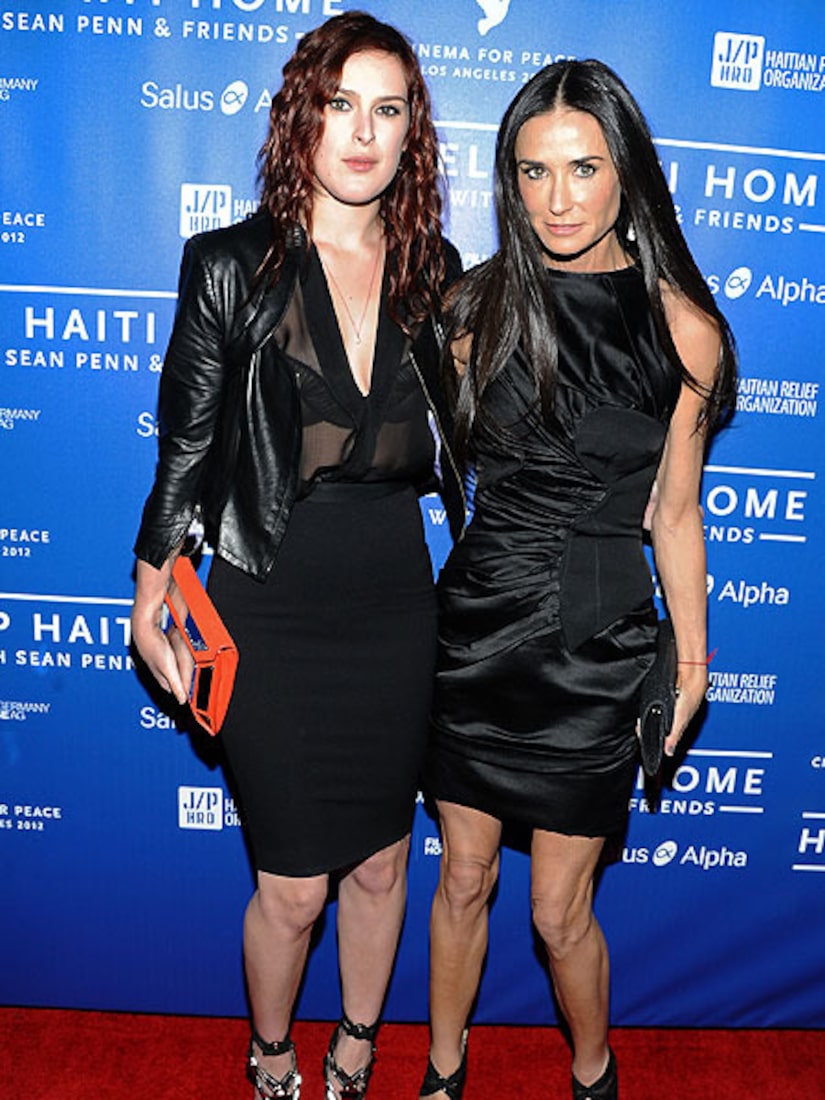 It looks like actress Demi Moore and daughter Rumer Willis are mending ways.

The mother and daughter, whose relationship had reportedly been rocky following Moore's painful split from Ashton Kutcher, were snapped on Tuesday, laughing as they left a yoga studio in West Hollywood. See pics here.

"They all did the class together, and after 90 minutes they walked out as a group," a source told Us Weekly. "Demi and Rumer seemed very close, like they had been in the past. There didn't seem to be any tension or hard feelings between them."

The “Margin Call” actress reportedly became estranged from daughters Rumer, 24, Scout, 21, and Tallulah, 19, after the split in November 2011 and Moore's stay in rehab in February 2012.

A source told Us last year, "It's true they're not all hunky dory, getting along like they used to, but they're not about to go to those extremes. They love their mom at the end of the day, and they're never going to completely abandon her."