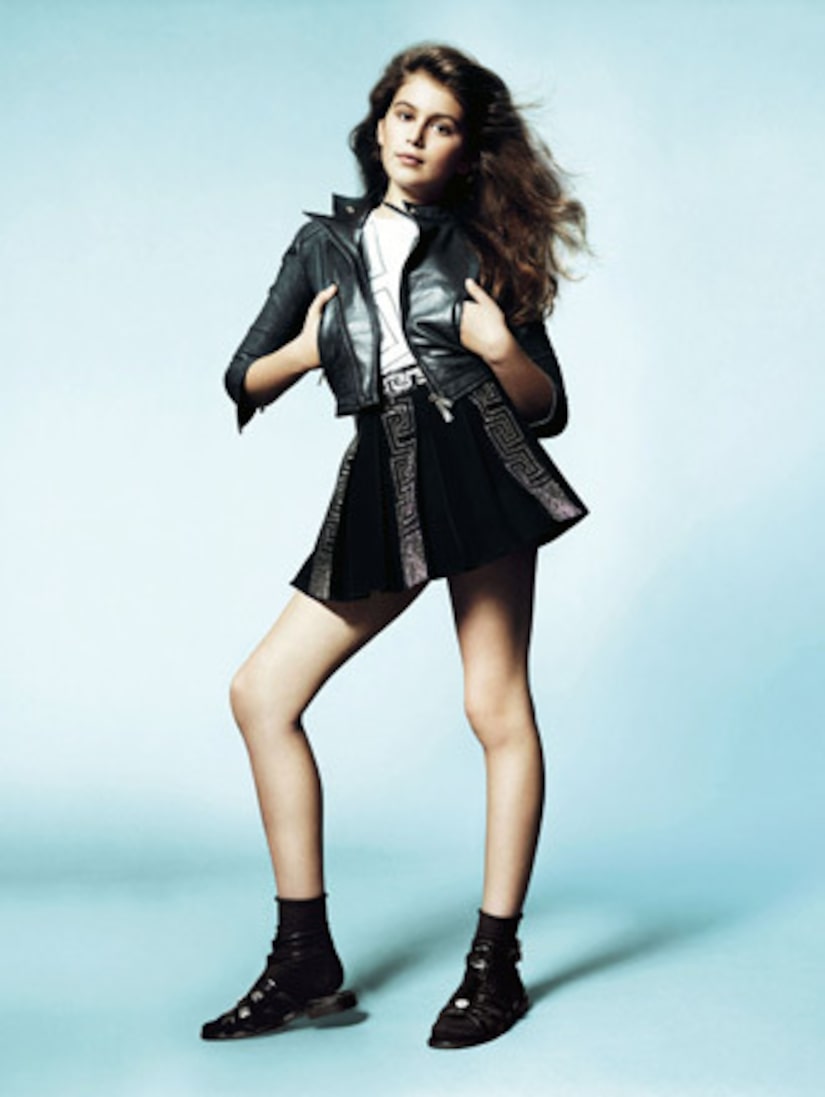 Kaia, whose father is restauranteur Randy Gerber, landed a role in the musical “13” at the Malibu Civic Auditorium as “Kendra.” An ad for the play calls it a “grown up story about growing up."

On Sunday, the young actress was spotted after a performance looking every bit the budding star, with her hair and makeup done. The young beauty joked around with friends and was hamming it up for the paparazzi (check out the pics).

Last year, Kaia posed for a Versace Children's campaign. At the time, Cindy told the Daily Mail, “At this point, she's too young to pursue a career [in modeling]. There aren't even a handful of jobs for a 10-year-old girl. But if she's 17 and wants to try it… of course, what can I say?”