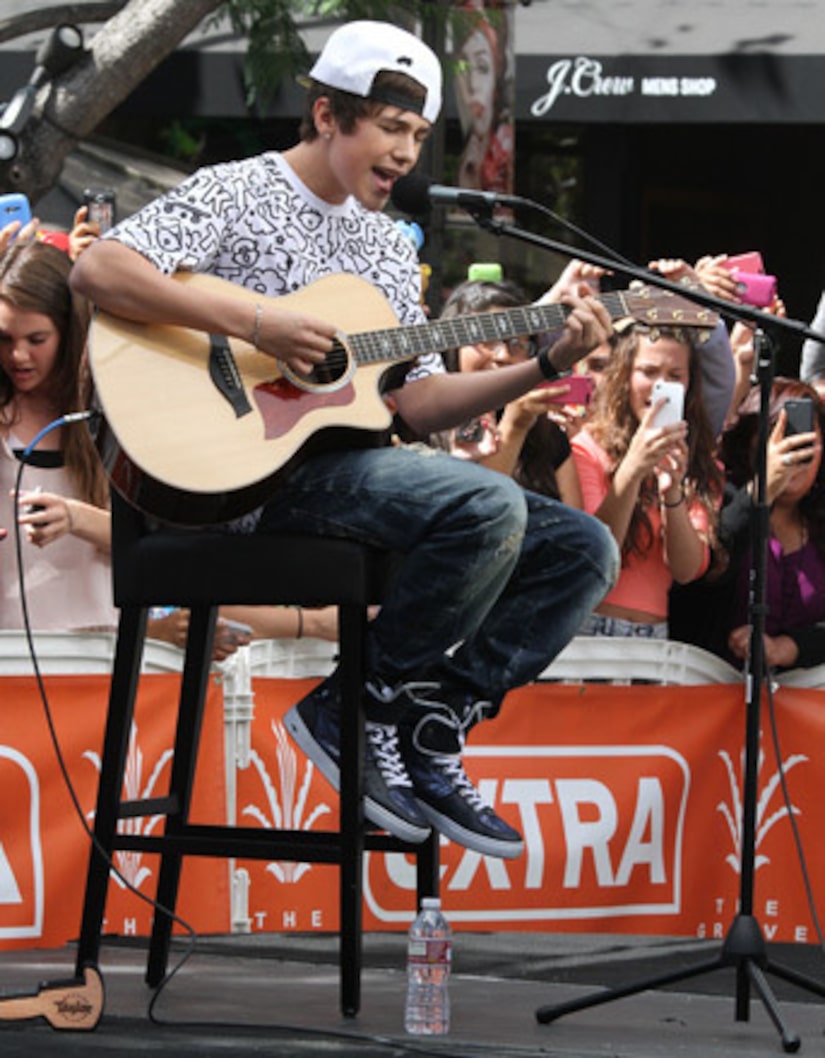 The 17-year-old also opened up about life as a music star, saying he is kind of used to all the screaming fans.

“I got started on YouTube with my friend Alex,” he said. “We were just posting videos, then I started posting covers of me singing and it just blew up.”

Austin commented on being called the “new” Justin Bieber. “It's very flattering. He’s very successful… I hope to be as successful as him someday, but I just want people to give me a chance, see me as my own artist and as Austin.”

Mahone is also about to tour with another star… Taylor Swift! “Yes I’m super excited about that… It’s going to be all over the US, I’m doing 15 or 16 shows with her.”