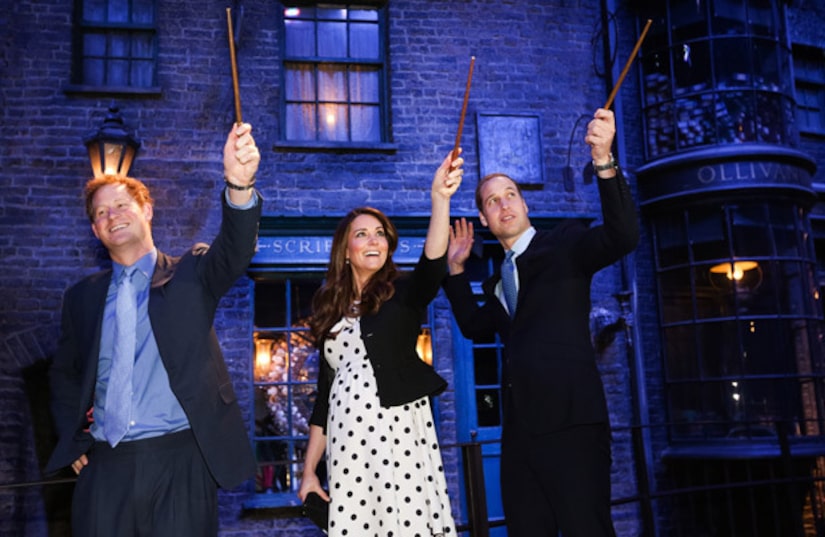 Kate Middleton and Prince William, and Prince Harry cast a royal spell on Warner Bros. studio when they stopped by to visit the set of “Harry Potter” this week.

The trio, on hand for the studio's inauguration in Leavesden near London, giggled their way through the Great Hall and Diagon Alley before a mock duel in the Gryffindor Common Room, reports Associated Press.

The pregnant Duchess of Cambridge, due in July, showed off her growing baby bump in an adorable polka dot dress by Topshop, paired with black accessories -- including a cropped blazer, clutch and pumps. 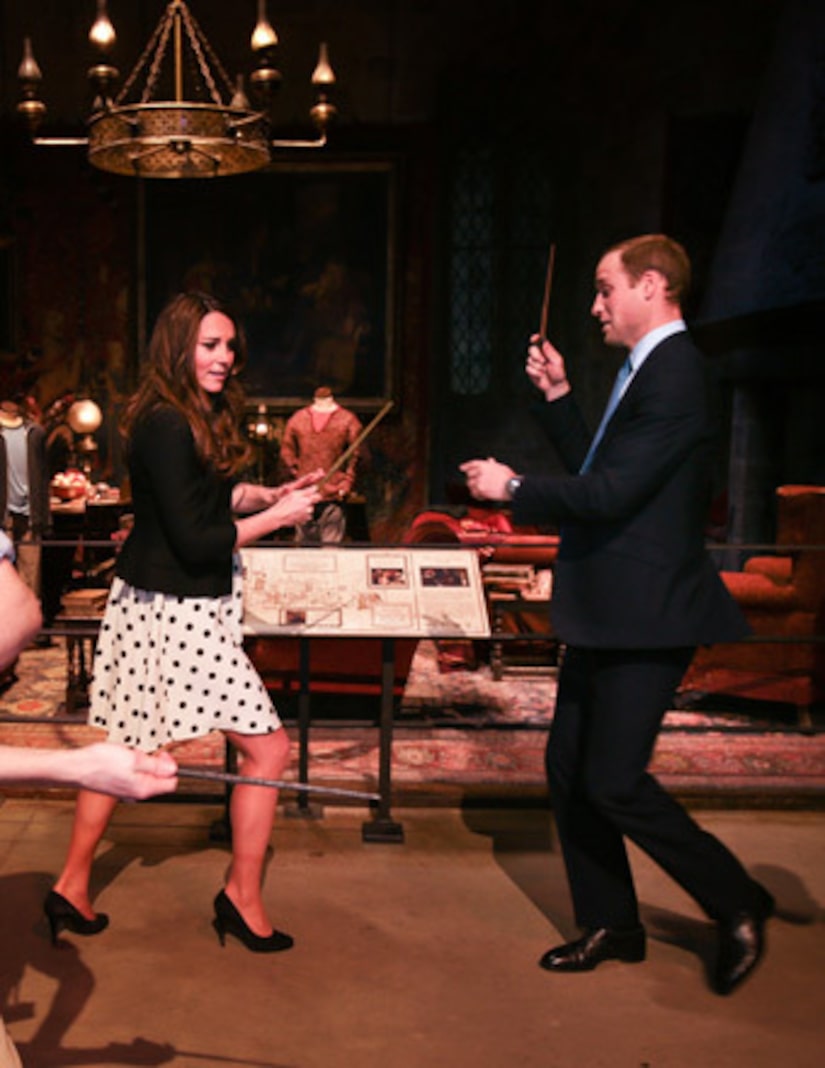 Prince William poked fun at his little brother, telling the crowd, "Harry's just excited to see a real-life talking owl in the Harry Potter studios," he joked. "I haven't told him yet that Harry Potter is fictional, so please keep the secret for a little longer."

While touring the studios, the royals got to see the Batman's Batmobile and Batpod firsthand. According to a tweet from a royal reporter, William asked the guides, "You don't do baby seats for those cars, do you, by any chance?" 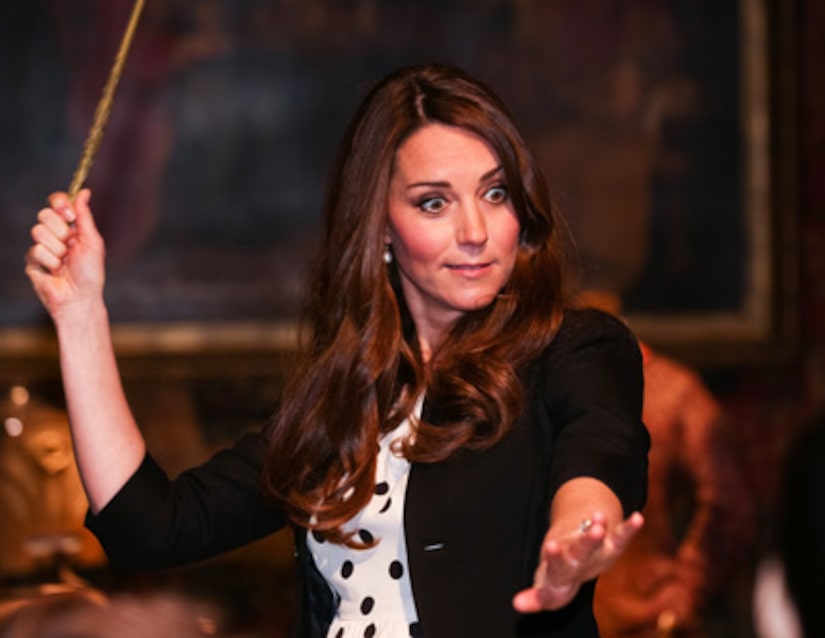 He also reportedly gestured at the Batpod and told Harry, "We should borrow it for the weekend."

The Prince even toyed with the idea of getting into the movie biz, supposedly telling a Warner Bros. executive, "Christian Bale's getting old and tired… I will stand in if I have to.” 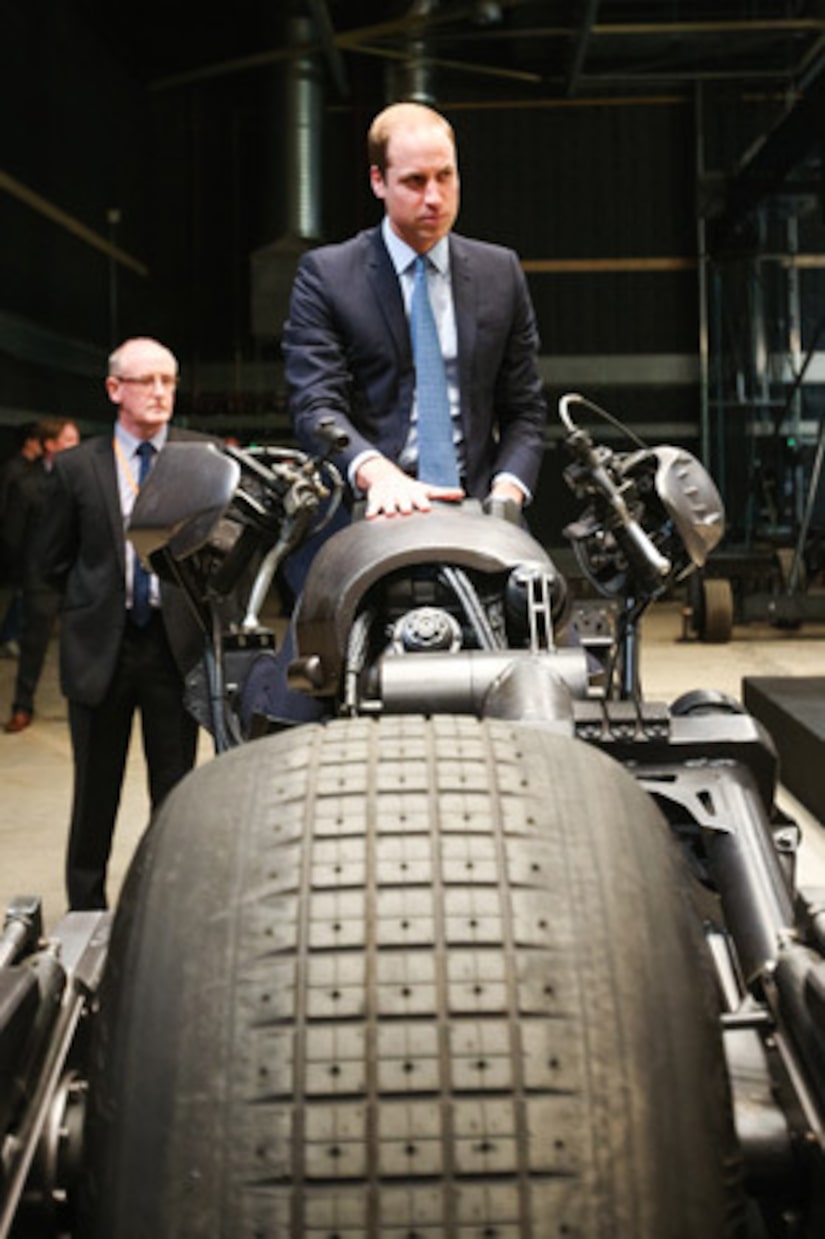