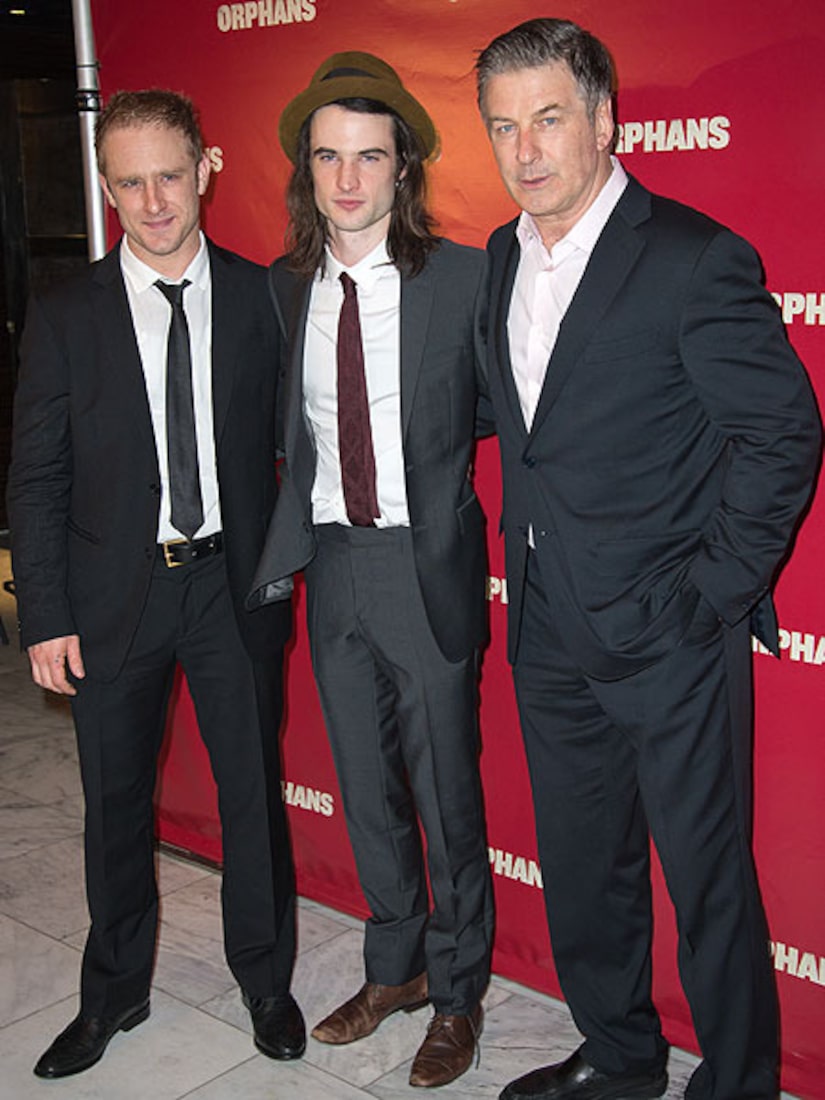 Actor Alec Baldwin has been getting rave reviews in the Broadway play “Orphans,” and he talked to “Extra’s” AJ Calloway about the experience.

Starring with Ben Foster and Tom Sturridge in the revival, Baldwin explained, “It’s a rich piece of material. The characters show up in that space under pretty weird circumstances. This was hard to do. I never want to do plays that aren't hard because then you get bored.”

The “30 Rock” star described the play’s physicality. “Every night it’s different. Today, Ben really tied me up. I told him he was going to get the award from the Wyoming Cattlemen’s Association.”

As for the rumors he is headed to late-night TV, Alec sets the record straight… it’s not happening just yet. “Late-night has been a really tough thing for NBC, and they really want to handle it their own way, so I was talking to them, but they’re not ready. There’s a kind of show I want to do, which I may do down the road. The good news is Jimmy Fallon is going to do ‘The Tonight Show’ and Lorne Michaels is going to produce in New York.”

Baldwin is also preparing for daddy duty when wife Hilaria gives birth to their baby girl later this summer. Calloway asked Alec about all the estrogen in the house. Alec joked, “I've got two dogs... female... my wife... my daughter... everyone who works for us,” and added he was going to build a man cave in another apartment in his building.

Baldwin stars in “Orphans” at the Gerald Schoenfeld Theatre until the end of June.