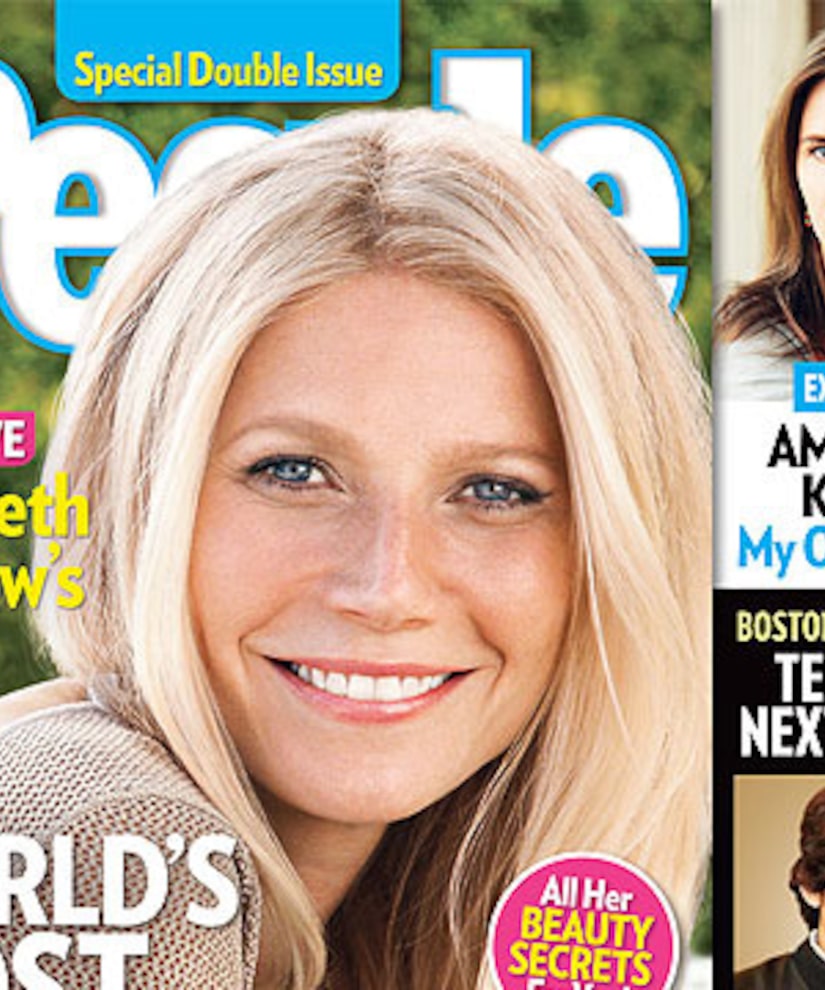 Actress Gwyneth Paltrow was named People Magazine's Most Beautiful Woman of 2013, but she thinks she's just a regular mom.

Paltrow says her two children, Apple, 8, and Moses, 7, never think of her as being a glamorous movie star. "Around the house, I'm in jeans and a T-shirt. I don't really wear makeup. That's what they're used to.”

As for husband Chris Martin, Gwyneth laughed, "He'll make a joke about it. If I've gotten fully dressed up, he'll be like, 'Oh, wow! You're Gwyneth Paltrow!' Because he's used to seeing me in like baggy shorts and frizzy hair."

The “Iron Man 3” star credits the Tracy Anderson Method for keeping her looks youthful. "It makes me look younger and feel strong. When I first started, I thought, 'I'll never be good at this. This is a nightmare!' But now it's like brushing my teeth, I just do it."

Gwyneth is also striving to make her daughter feel confident, as she gets older. "When we're home sometimes, she'll put on mascara. And sometimes I'll let her wear something out to dinner -- but just a little dab.”

Paltrow added, "Also having a father who adores you the way that he adores her is very good for your body image. The more we can love her and let her be who she is, the more confident she'll feel."

For more of Paltrow's exclusive interview, pick up this week's special issue of People, on newsstands Friday.