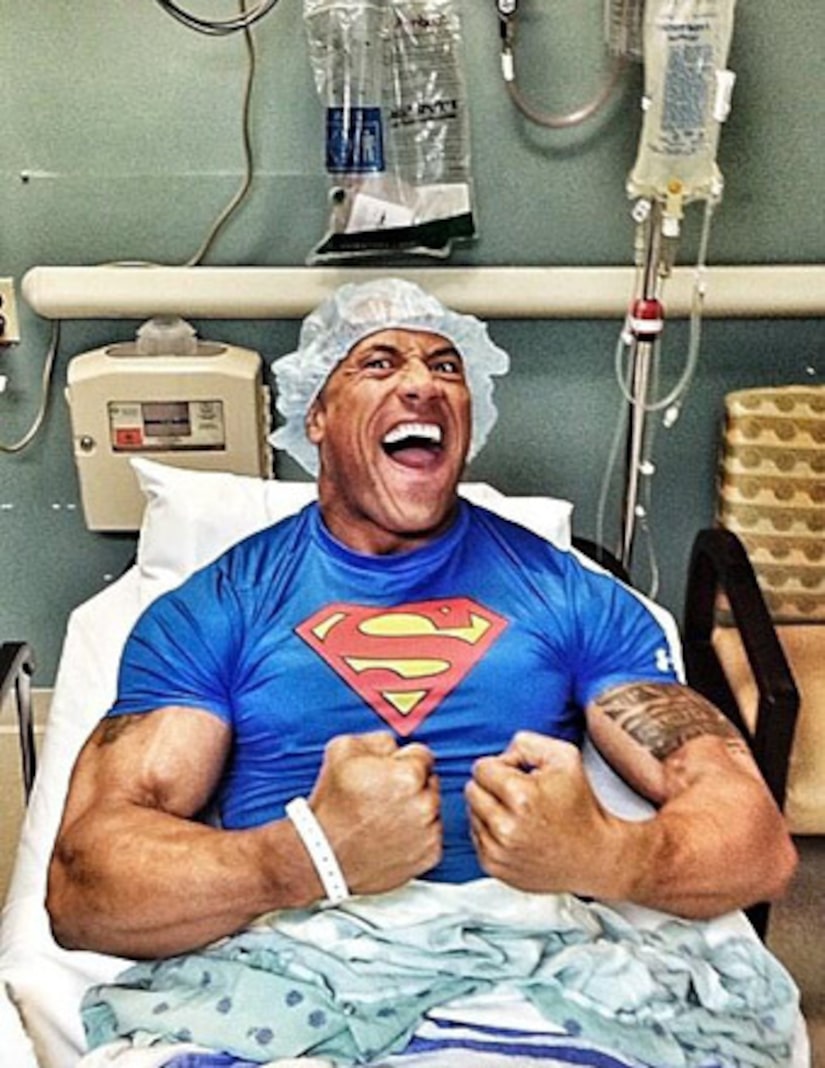 Wrestler and actor Dwayne Johnson seems to be in good spirits following emergency surgery on Monday, tweeting from his hospital bed, “Superman is on the mend.”

Johnson aka “The Rock” stepped into the ring on April 7 with John Cena hoping to defend his WWE Champion title. Instead, he lost the match and walked away with abdominal injuries, including three hernial tears.

His rep told E! News that Dwayne, 40, had to drop everything on Monday for the emergency procedure, including the premiere of his new action flick, “Pain & Gain.”

Director Michael Bay teased the star on the red carpet, telling E!, “Dwayne's hurt tonight. He was pushing it too hard. [He] needs to grow up and stop wrestling 300-pound men."