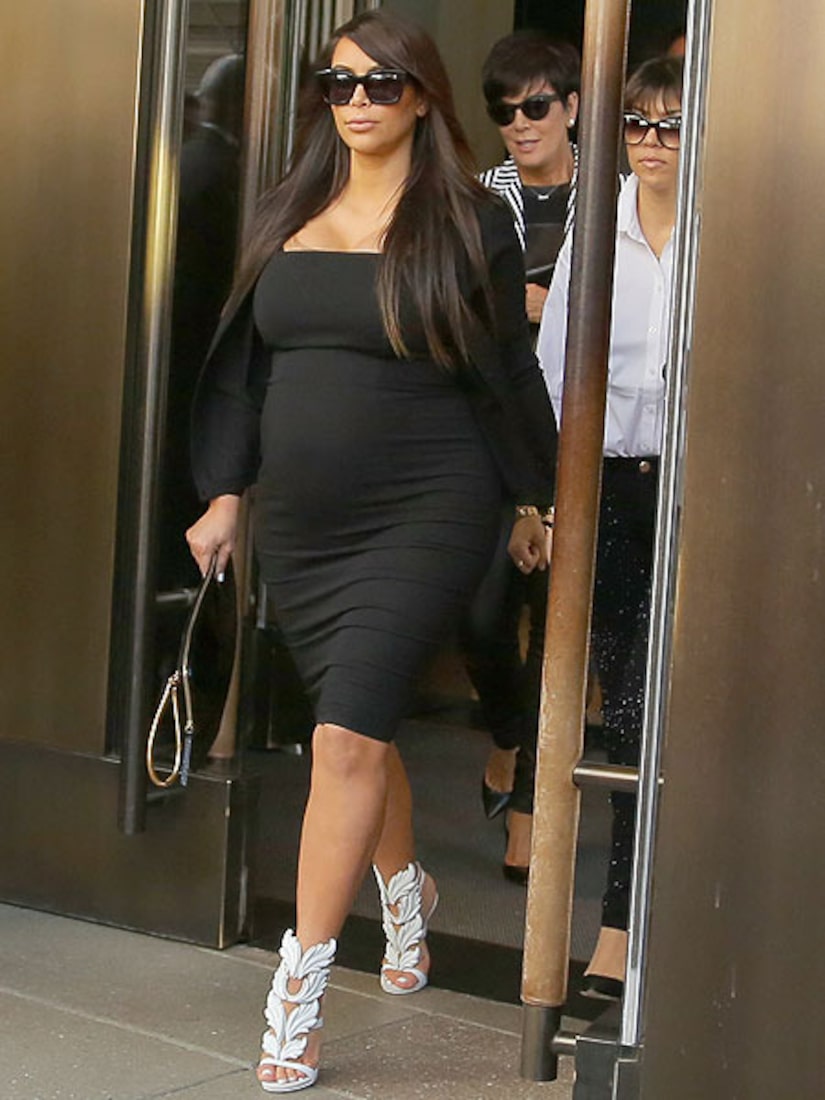 Talking to Ryan Seacrest on the E! special “Ryan Secrest With the Kardashians: An E! News Presentation,” which aired on Sunday, Kim's sister Khloe explained, "Her back hurts, her breasts hurt, her stomach hurts, her feet hurt, her head hurts, her eyes hurt, her nails hurt. She cries all the time, too.”

Kim K agreed that expecting her first child with BF Kanye West hasn't been easy. "I was waiting for this amazing experience where I can just do whatever I want, eat what ever I want, feel great, and it hasn't been that way. I get really paranoid [and] I start Googling things, the things that come up are really scary. It just freaks me out all the time."

The idea of marriage doesn't freak her out, though, especially now that her 72-day marriage to Kris Humphries is finally over. "I do think I would get married again,” said Kim. “That's what I've always wanted. And just because you think you find it and you realize that's not it, I think I was brave enough to realize that quickly and not waste time."

"I found what I really wanted," she continued, referring to her year-long romance with her rapper beau. "So I think I definitely do want that."

Kim and Kris finalized their divorce on Friday. Baby Kimye is due to make an appearance in July.