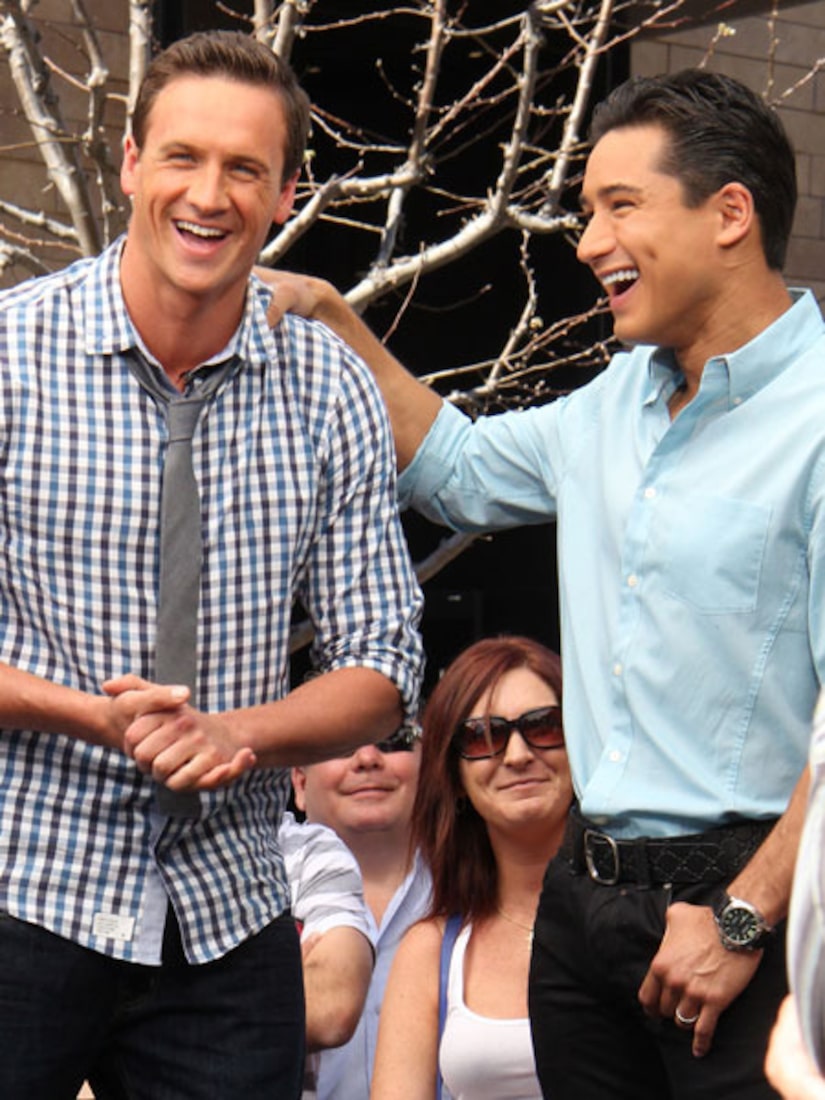 Olympic swimmer Ryan Lochte joined “Extra’s” Mario Lopez at The Grove to dish on his new show, “What Would Ryan Lochte Do?”

When asked about why he agreed to a reality series, Ryan said, “Because every four years in the Olympics, the most talked about sport is swimming. After that, people just forget about the sport… every year and every month we have these swim meets all across the country and world… the passion and the love I have for swimming… I want to bring it to everyone’s living room.”

The 400 meter gold medalist then said, “I want to do everything different so I thought, I don’t want to just do what Michael Phelps did and be this greatest swimmer, yes I want to do that, but I want to do something else, so me being different, I thought let’s have my own reality TV show, why not?

As for creating a Kardashian-like empire, Ryan said, “I have the most respect for her, she started from the bottom and now she is here.”

“What Would Ryan Lochte Do” premieres Sunday on E!.