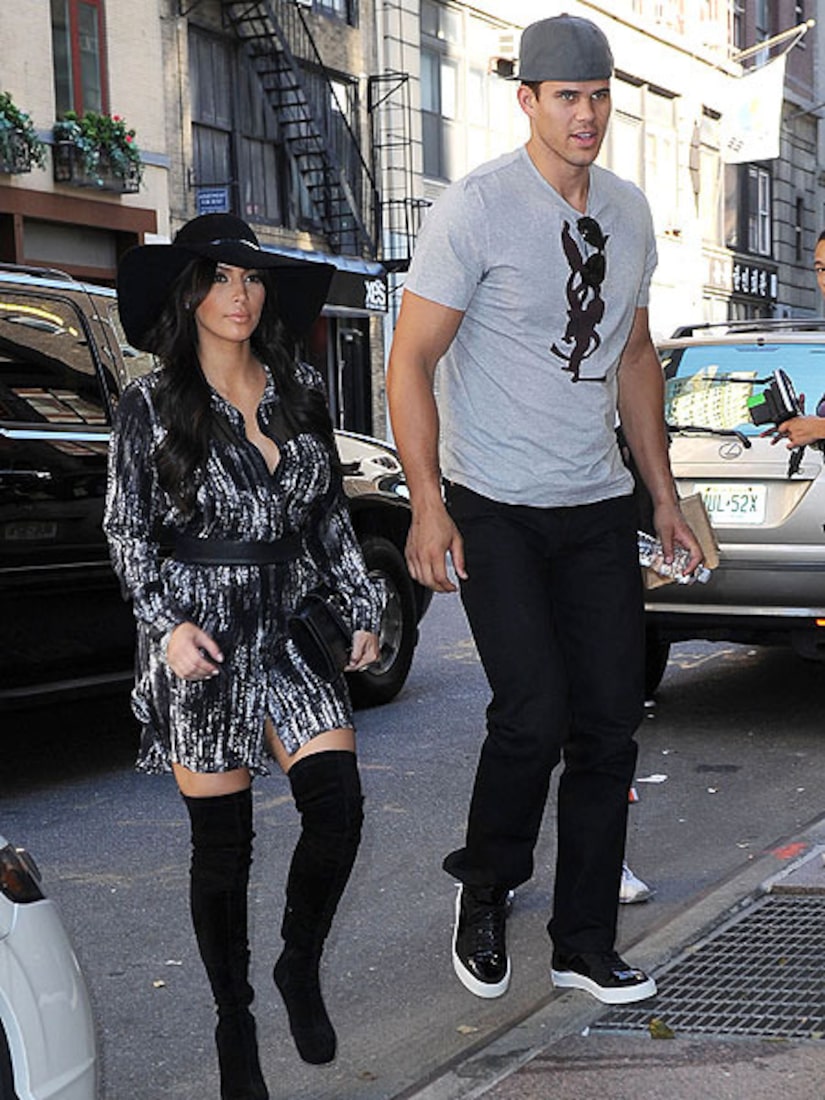 The two have been ordered to appear in an L.A. court on Friday for another settlement conference. Last week, Humphries missed the first one, and sources close to him told TMZ the basketballer could be reconsidering his position.

TMZ highlights a few factors going against Humphries, including a solid prenup that would leave Kris with nothing if he loses the trial, and a lack of evidence to support his claim that Kim defrauded him.

Plus, there's all the money he has already spent on legal fees (estimated at $300K), which could double if there were a trial, and Kim would likely ask the judge to have Kris pay for her legal fees as well -- which would be very hefty indeed.

The insider told TMZ that this doesn't necessarily mean a settlement will be reached tomorrow, but "Kris is opening his eyes a little bit, and what he sees doesn't look good."