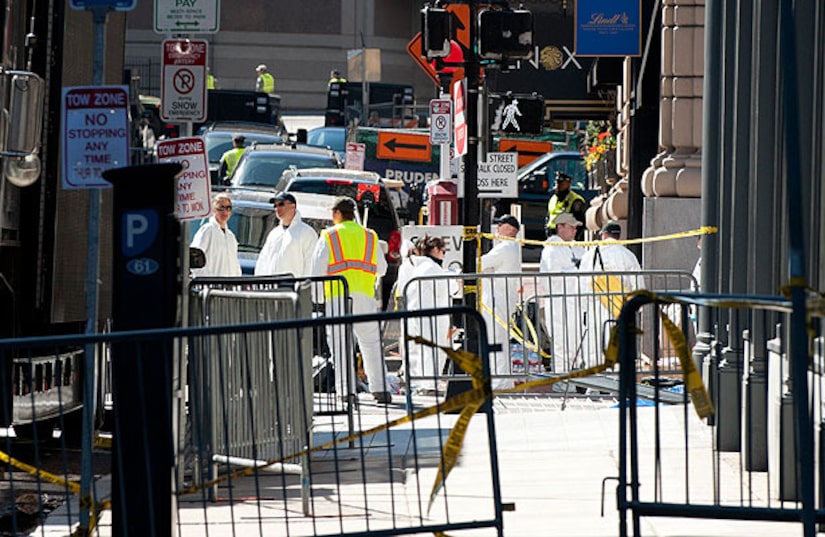 Although no arrests have been made in the Boston Marathon bombings, investigators are focused on a man seen dropping off a bag, and then walking away from the site of the second of two deadly explosions.

According to AP, authorities looked through footage from a department store video and discovered the image. Neither the footage nor the identity of the man has been made public.

There were many conflicted reports on Wednesday about a possible suspect being arrested, but the FBI released this statement:

"Contrary to widespread reporting, no arrest has been made in connection with the Boston Marathon attack. Over the past day and a half, there have been a number of press reports based on information from unofficial sources that has been inaccurate. Since these stories often have unintended consequences, we ask the media, particularly at this early stage of the investigation, to exercise caution and attempt to verify information through appropriate official channels before reporting."

Massachusetts Gov. Deval Patrick told AP he understood the frustrations, but emphasized that solving the case will not "happen by magic."

"It's going to happen by doing the careful work that must be done in a thorough investigation," Patrick said. "That means going through the couple of blocks at the blast scene square inch by square inch and picking up pieces of evidence and following those trails, and that's going to take some time."

President Obama and the First Lady traveled to Boston today to attend an interfaith service honoring the victims.

UPDATE: The FBI held a press conference on Thursday at 5:00 PM ET/2:00 PM PT and released a video of two male suspects. The FBI are asking the public to help identify these men. Watch.

If anyone has any information regarding these men, the FBI asks you to go to BostonMarathonTips.FBI.gov.