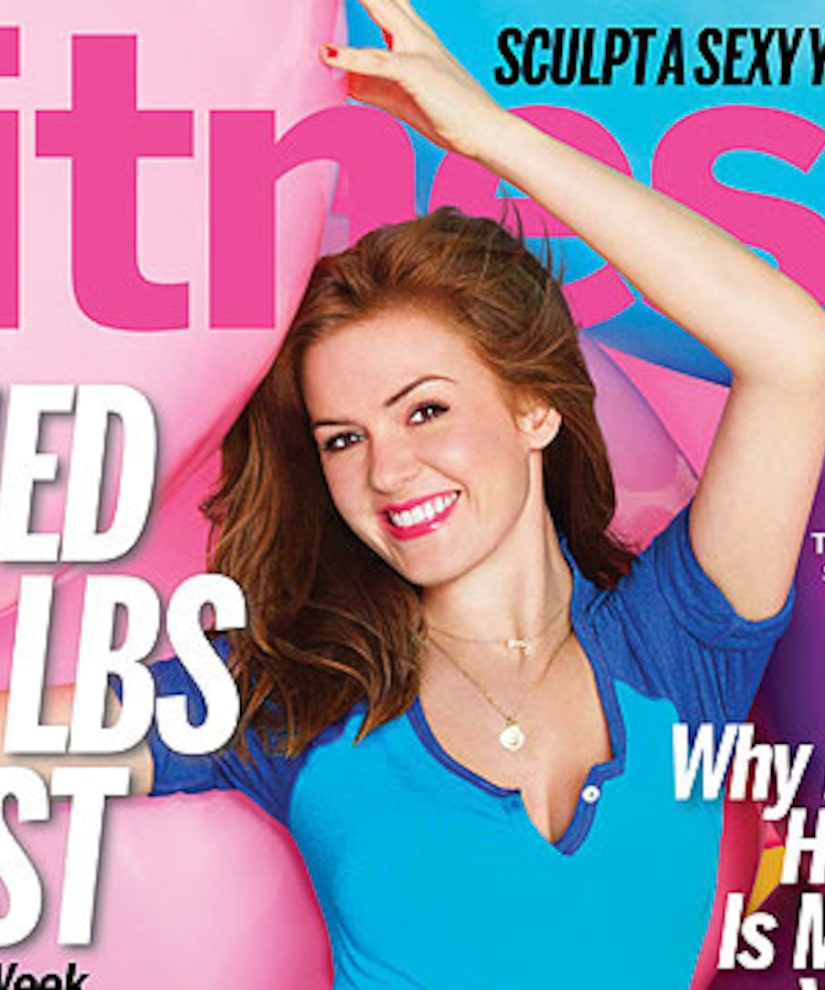 Actress Isla Fisher graces the May cover of Fitness magazine, dishing about gaining weight for her role in the upcoming adaptation “The Great Gatsby,” her favorite body part, and how she dropped 70 pounds after giving birth to young daughters, Olive, 5, and Elula, 2.

Fisher said, “I gained weight for that role because Myrtle, the character I play, is supposed to be heavyset. So I ate lots of protein, and I gained 15 pounds. It mainly manifested itself in my boobs, which was very exciting. Sadly, that's gone now.”

Isla's favorite body part is… “My stomach. Even though it will never be flat again, it's still my favorite because it reminds me of my greatest achievement: my babies.”

As for how she lost the baby weight, Fisher, who is married to comic actor Sacha Baron Cohen, said, “I gained 65 pounds with my first baby and 70 with my second. I had severe morning sickness both times, so I mostly ate supersize bowls of white pasta with loads of butter and cheese because that was the only thing that took away the nausea.” 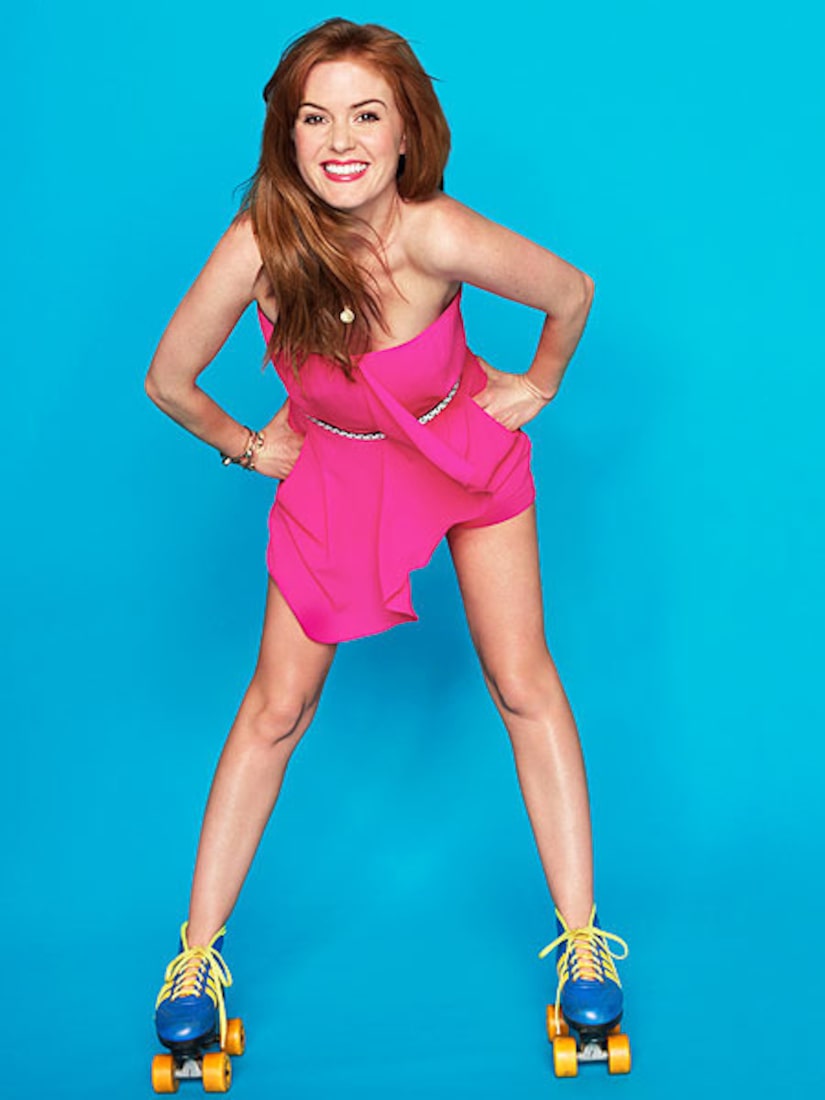 She continued, “I had to shoot 'Confessions of a Shopaholic' about three months after I gave birth to Olive, so the producer, Jerry Bruckheimer, hired a trainer to work with me three times a week. That was both inspirational and terrifying because I didn't want to let the trainer down. After I had my second daughter, I slowly lost the weight by breastfeeding, hiking Runyon Canyon and working with a trainer every couple of weeks.”

The 37-year-old also practices yoga five days a week. “When you're really focused on your breathing, you're able to clear your head, and all the worries of everyday life go out the window. I love that feeling of being connected with my own body. If I'm stuck in traffic or have a bad moment in my day, I go back to my yoga practice and I breathe. Sometimes I solve a problem that was bothering me, like deciding whether to take a role in a movie.”

Read more of Fisher's interview here, and pick up the Fitness May issue, on newsstands Tuesday!