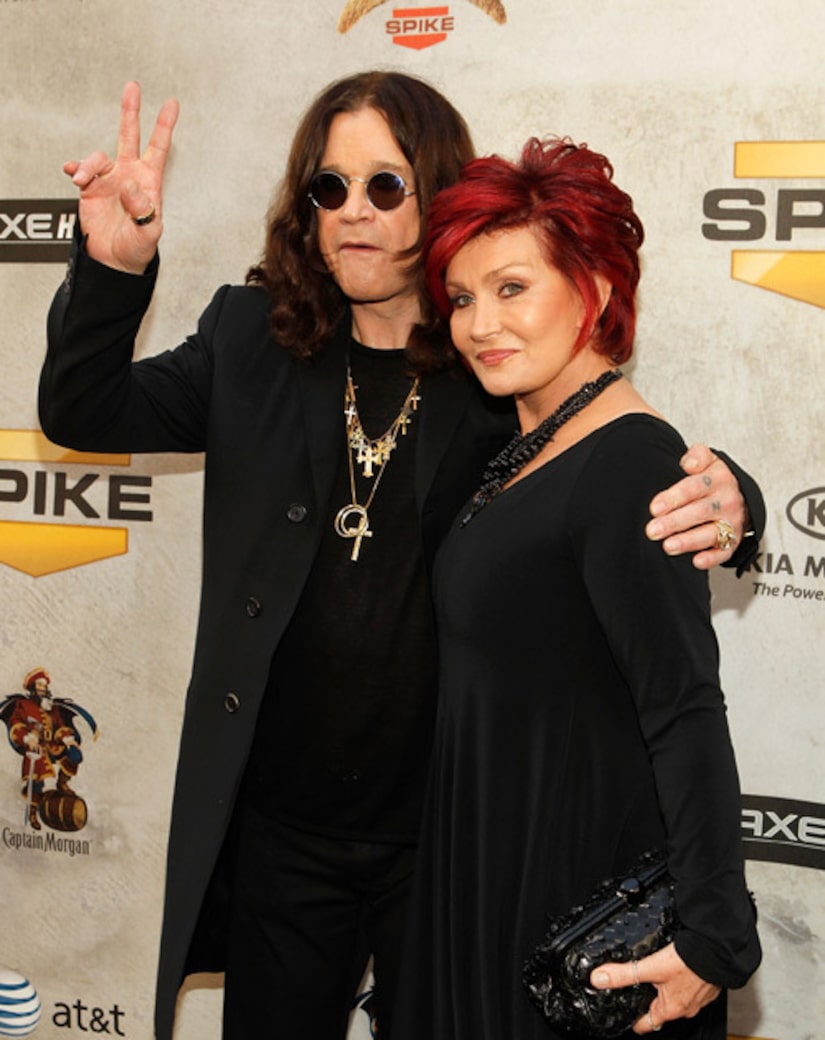 Could Sharon and Ozzy Osbourne be headed toward divorce? While the Daily Mail claims the Prince of Darkness and his princess are on the rocks, son Jack calls “bulls**t” on the rumors.

According to the Mail, the rumors started after Sharon was spotted moving into a new pad in early April.

A source revealed, "They are living at different addresses and not spending any time together. They row a lot. They aren't acting like husband and wife. It is unusual to not even have dinner together when both of them are five minutes apart."

The fact that both stars were photographed without wedding rings has also fueled rumors, along with a tweet from Sharon that read, “I've had a really tough yr & I ask myself the same question, how can I get up every day & smile.”

A friend explained away the hype, telling the paper, “Ozzy has rented a place with a recording studio to prepare for going back on the road [with Black Sabbath]. It's really small and it suits Sharon [who has her own TV show] perfectly to be in a hotel. Their house is not ready to move into yet. But they are having stuff delivered there and they both say that they will move in.”

Jack's response? “...it's all bulls**t,” he tweeted. “Last time I check a lot of British news papers weren't amazing sources of accurate information. Moving on...”

Sharon and Ozzy have been married for 31 years and have three children together.