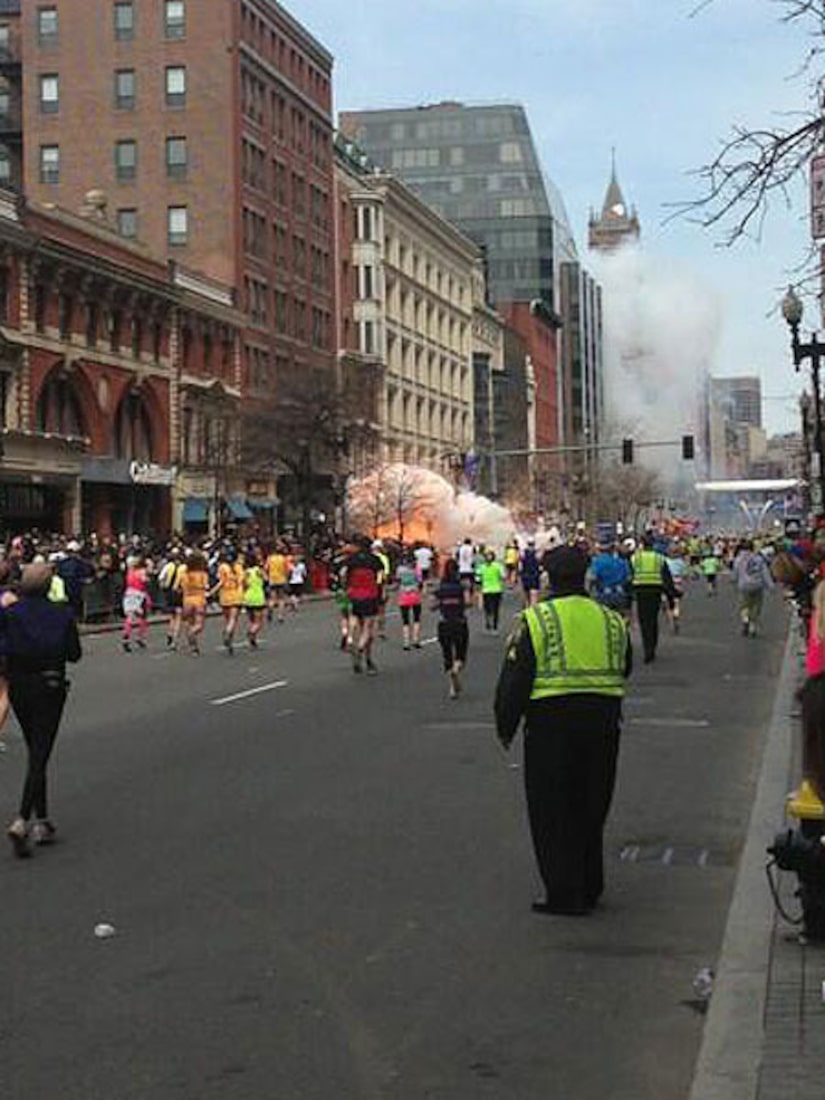 The Boston Marathon ended in tragedy on Monday as blasts near the finish line killed at least two people and injured at least 23 others.

CNN reports that Boston authorities have not said what caused the explosions, even though many are referring to the blasts as bombs, or IEDs (improvised explosive devices).

Firefighters found what they believe is an unexploded device after the blasts, a government official told CNN.

Joey McIntyre of New Kids on the Block, who was running in the race, tweeted, “There was an explosion by the finish line about 5 minutes after I finished- I'm ok but I'm sure there are many hurt.”

Click here to watch the video of the devastation. [Warning: Graphic images]

The race was halted as was subway service into the area.

The New York and Los Angeles Police Departments have stepped up security, along with Washington D.C. and the White House, in the wake of the blasts.

"If you see something, say something," Mark Boughton, mayor of Canbury, Connecticut, wrote on Twitter. "All cities will be on a heightened state of alertness per Homeland Security protocols."

A fire broke out inside a mechanical room at the John F. Kennedy Presidential Library in Boston on Monday. The Dorcester Reporter quotes a JFK Library official who says that the fire is unrelated to the Boston Marathon explosions.

UPDATE: The NY Post reports that there are 12 dead and that authorities have a suspect, a 20-year-old Saudi Arabian national, who is under guard and being treated at an undisclosed Boston hospital. Law enforcement sources told the Post the man was apprehended two hours after the bombs exploded. The Boston police have denied the story.

NBC is reporting there are at least 100 people being treated for injuries.