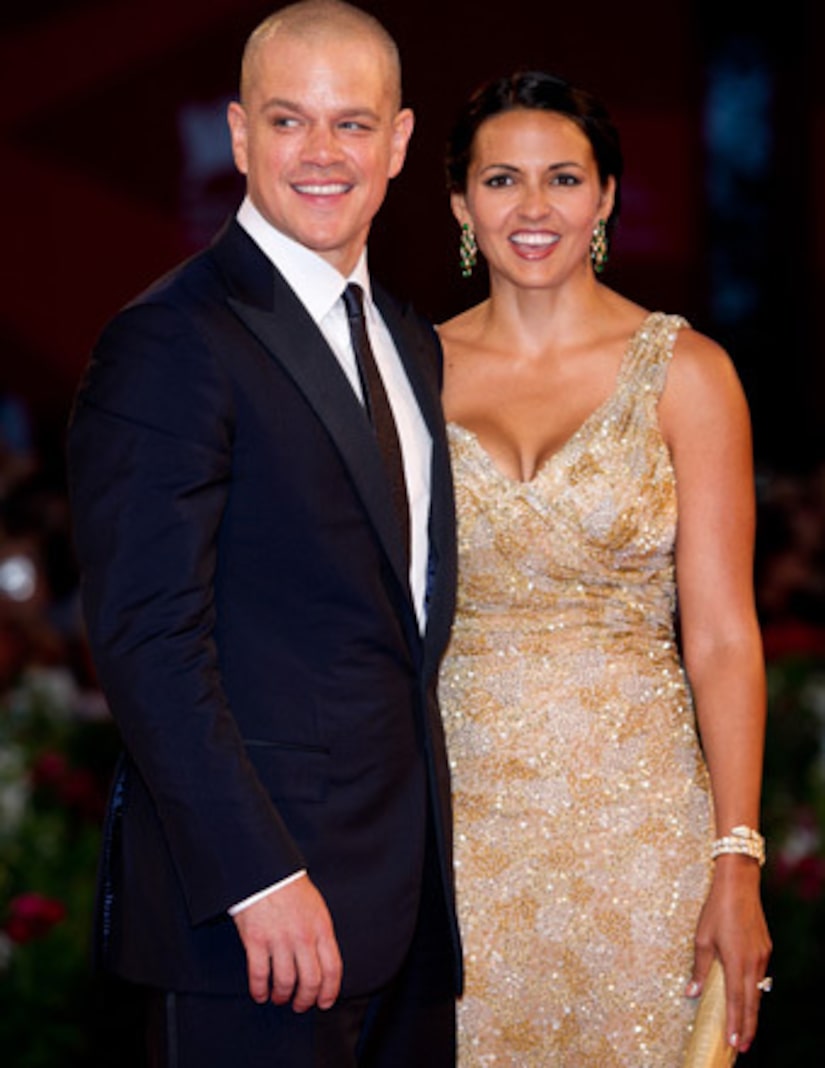 Actor Matt Damon and wife Luciana celebrated their marriage on Saturday by renewing their vows in St. Lucia, reports People.

The pair reportedly paid a whopping $1 million to rent out the entire Sugar Beach resort for the wedding weekend. Matt, 42, was spotted relaxing on a paddle boat on the luxury property prior to exchanging vows.

The twosome met in Miami in 2003 and wed in a civil ceremony in 2005. They have four girls, Isabella, Gia, Stella and Luciana's daughter from a previous relationship, Alexia.

In 2011, Damon told Ellen DeGeneres the story of how he met Luciana. He explained, “We ended up at a bar where my wife was the bartender. I literally saw her across a crowded room and eight years and four kids later, that's my life.

He added, “I don't know how else our paths would have crossed if that didn't happen. The moral is that when you're tired, suck it up and go to the bar because you might meet your wife.”