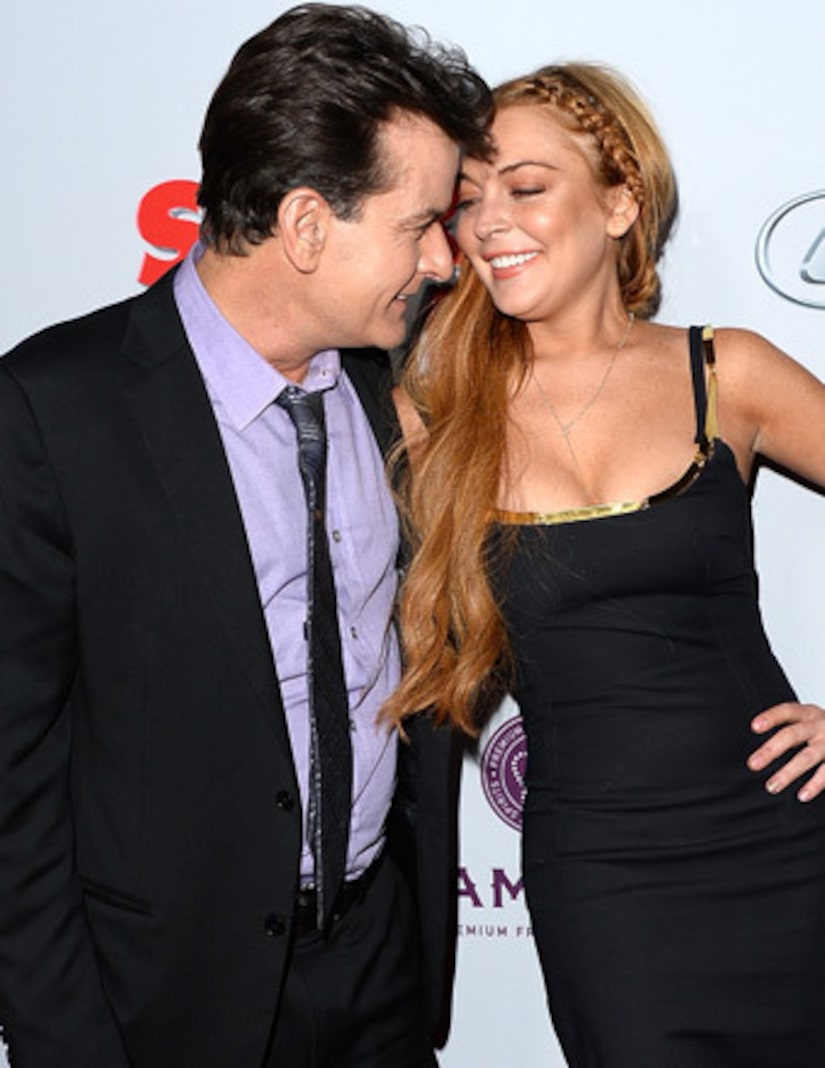 They met on the set of “Scary Movie 5,” then reunited on “Anger Management,” and now Charlie Sheen is inviting Lindsay Lohan back for more onscreen fun.

Charlie, who walked the red carpet with Lindsay at the “Scary Movie 5” premiere, told “Extra’s” Terri Seymour he was impressed with LiLo on the “Anger” set. “She can do an arc. She can come back. Whatever she wants.”

A stint on the FX comedy would have to wait until Lohan completes her upcoming 90-day stay in rehab. When Terri asked how Lindsay was coping with all the haters out there who don’t think she is taking her treatment seriously, the actress said, "People have been saying that for centuries at this point.”

Charlie had a message for the haters too. “I'm not protective. I'm just the guy asking people to give her some space. When you are that talented, that young, your adulthood is going to be a little tricky.”

His advice on entering rehab? “Bring a good book ‘cause that place sucks,” he said. “You want the truth? You get it from me.”

Lindsay is ready for the next chapter in her life. “I'm taking care of myself,” she explained. “And that's all that matters.” Lohan added that she is happy to have “a really nice person” like Sheen in her life.

The 26-year-old says she has no hard feelings for the way David Letterman treated her on “Late Night” this week. “I met him when I was 7 years old. I have no hard feelings. His job is to crack jokes… he's an amazing man and I respect him and appreciate him.”

LiLo was running a little late to the premiere because she left her dress in New York and had to find a new outfit for the event. Showing up in a beautiful black Dolce and Gabbana gown, she joked, “I love how everyone knows that before I even say it, my dress was actually left in New York.”