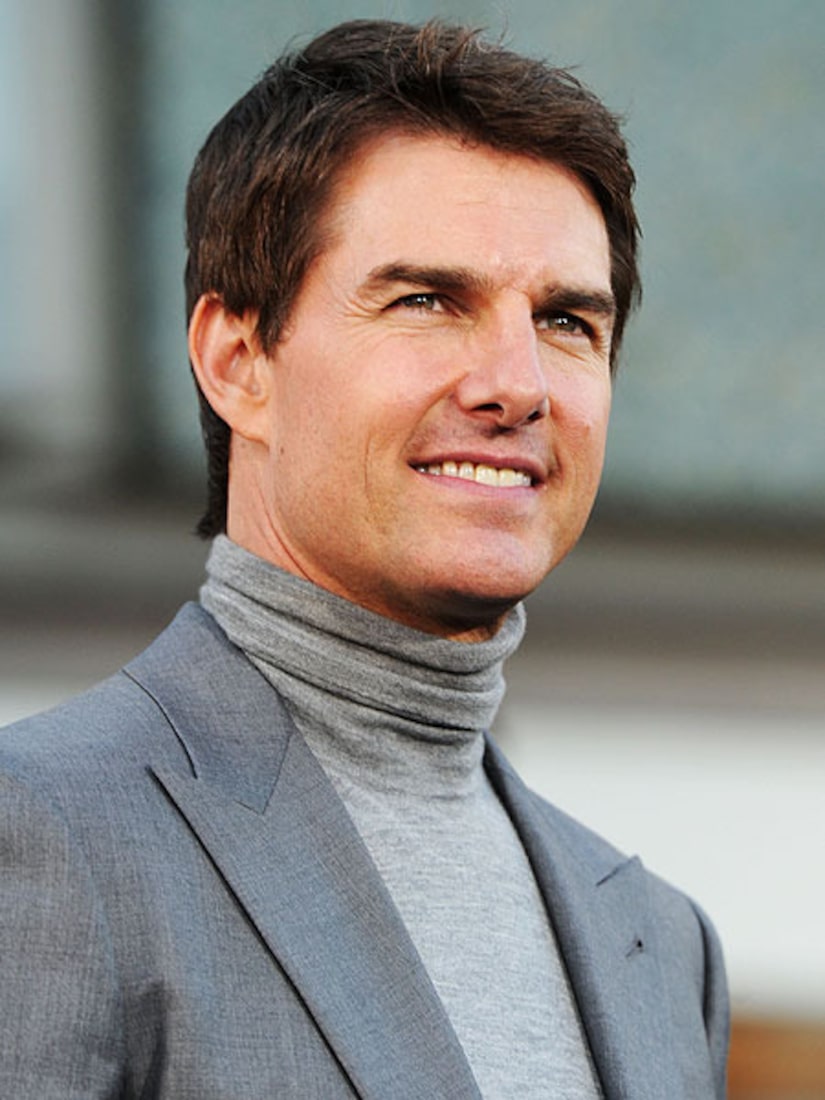 Superstar Tom Cruise spent Wednesday night surrounded by legions of screaming fans at the L.A. premiere of his sci-fi thriller, “Oblivion,” and “Extra’s” Mario Lopez was there!

Cruise stars as a lone soldier assigned to extract Earth's remaining resources after an alien invasion has gone wrong. Soon the veteran begins to question what he knows about his mission and himself.

Mario talked with Cruise about performing all stunts. Tom said that there was one near-accident with co-star Olga Kurylenko. “I have to say the closest accident I had was with Olga on the back of the bike,” laughing, “She almost killed us! We're going about 70 miles an hour and she's fighting the wheel, I'm like, ‘Olga Olga, Olga, please, please, please…’ you know just kind of calming her. I was slapping her hands and trying to get her to hold on and hoping that that camera wouldn't see it.”

Mario also asked Cruise about daughter Suri’s upcoming 7th birthday, but the dad said he wasn’t allowed to talk about it. “Hey man, I promised we'd keep that between us. She’s like, ‘Don't talk about me anymore,’ you know?”

As for the recent report Cruise opened up about his divorce from Katie Holmes on a German TV show, the movie star denied it. “No, I've never talked about it, really. But tonight I'm just excited to be back here and I'm very excited about ‘Oblivion’ and can't wait for an audience to see it.”

“Oblivion” takes off in theaters April 19.