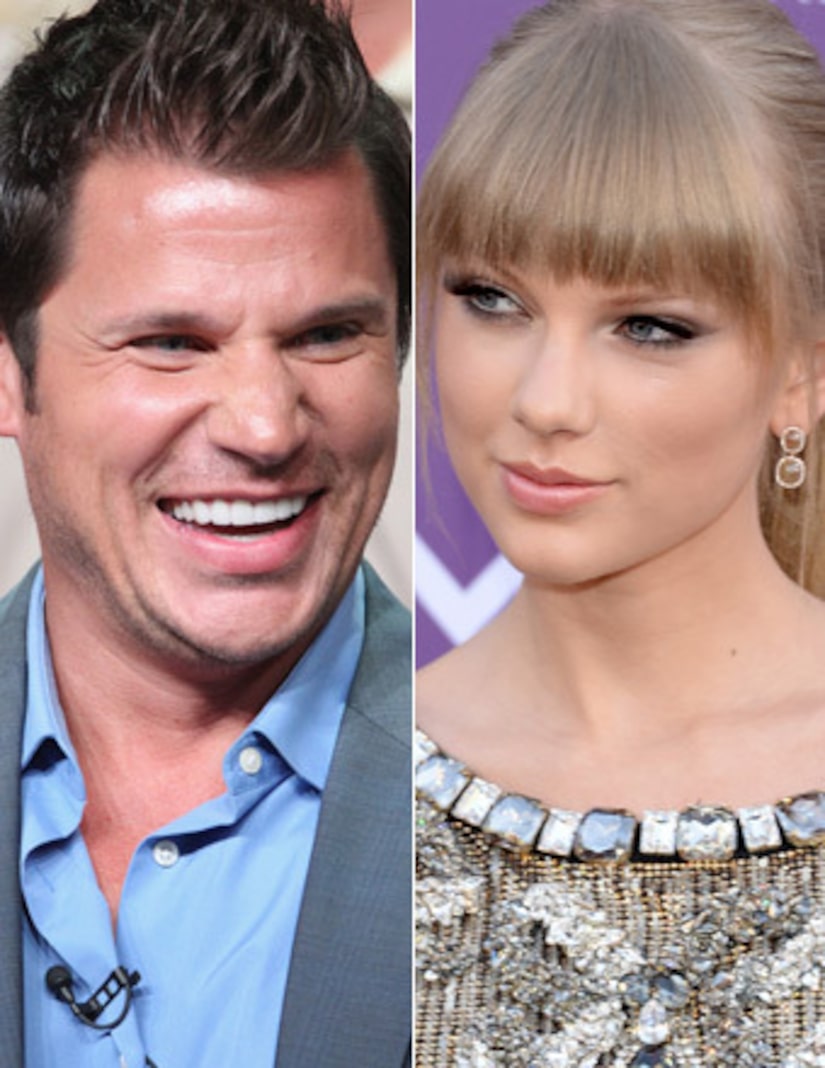 Jumping on the bandwagon with Tina Fey and Amy Poehler, Nick Lachey slammed Taylor Swift in a recent MTV interview, warning all the boy bands out there to stay away from the country pop star or risk being the subject of Tay's next hit song.

He added, “She'll write a song about you… Oh! I'm too late on that one. I didn't get to [that advice] fast enough. [The song will] be a hit, but it will be about you.”

Nick was clearly taking a shot at Swift's ex, One Direction frontman Harry Styles, while also poking fun at his own life. The 98 Degrees singer is all too familiar with having a relationship in the public eye, after his reality show “Newlyweds” with ex-wife Jessica Simpson, and his current marriage to actress Vanessa Minnillo.