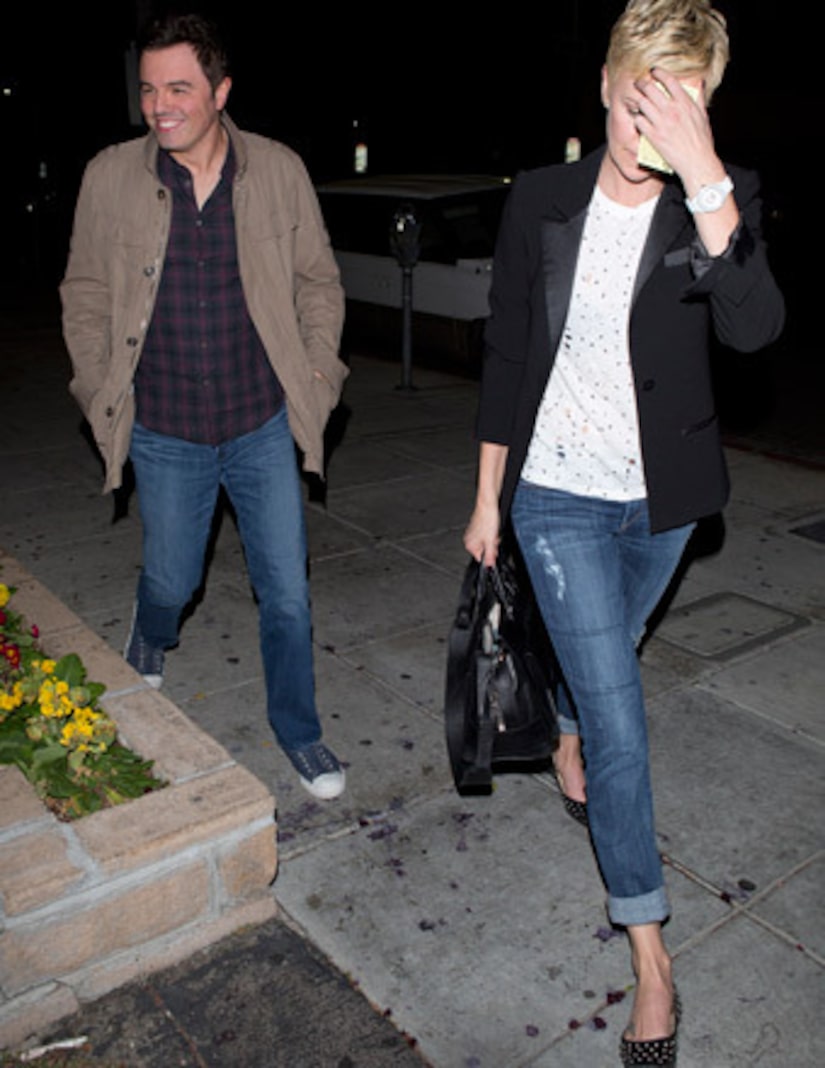 UPDATE: Seth MacFarlane told the paparazzi, "If you read your own terrible blogs, you'd know we're doing a movie together."

Actress Charlize Theron and “Family Guy” creator Seth MacFarlane were spotted on a date Tuesday night, but whether it was just a friendly night out or a romantic rendezvous remains to be seen.

According to the Huffington Post, the stars chatted about their new movie, “A Million Ways to Die in the West,” while eating sushi at Matsuhisa in Beverly Hills.

Theron hid her face as they exited the restaurant, while MacFarlane couldn't help but smile. A source told E! News that despite the public outing, the co-stars are definitely not a twosome. "Charlize is not his type… they are just friends," the insider said.

MacFarlane was most recently linked to “Game of Thrones” actress Emilia Clarke, but the pair reportedly split after the Oscars.