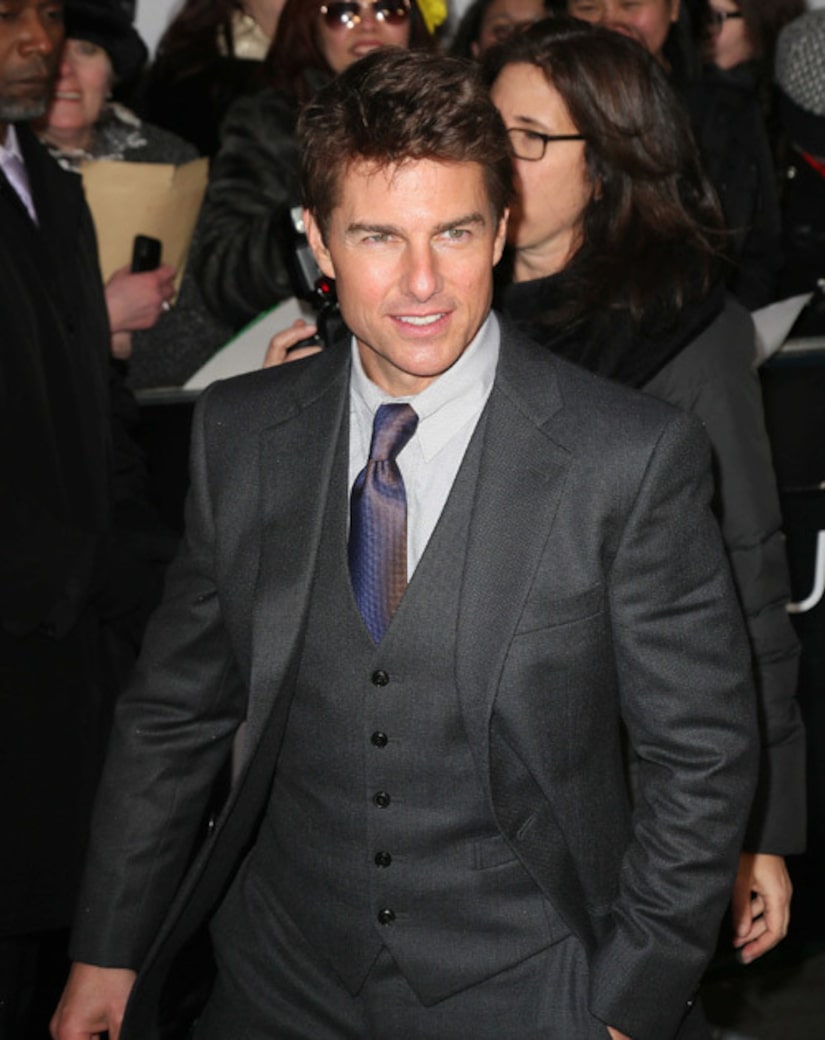 UPDATE: Gossip Cop reports that Cruise's comments may have been taken out of context and his rep told the site that the interview is largely "made up."

Actor Tom Cruise was allegedly taken aback when his wife of five years, Katie Holmes, filed for divorce last summer. When asked about the split, the “Oblivion” star reportedly told Germany's Bunte magazine, "I did not expect that.

The divorce negotiations were resolved in lightening speed. After two weeks of talks, Holmes was given custody of Suri, 6, while Cruise received ample visitation rights. According to the magazine and German TV network ProSieben (via Eonline.com), the Oscar nominee said he had “an incredible amount of time to reflect” as he celebrated his 50th birthday last year.

"Life is a challenge,” he explained, “To be 50 and have experiences and think you have everything under control, and then it hits you -- that's what life is… Life is tragicomic. You need a certain sense of humor."

Cruise is keeping busy these days with work. Once he wraps his “Oblivion” press tour, Tom will continue filming the sci-fi flick “All You Need Is Kill” and move on to a new installment of “Mission: Impossible.”