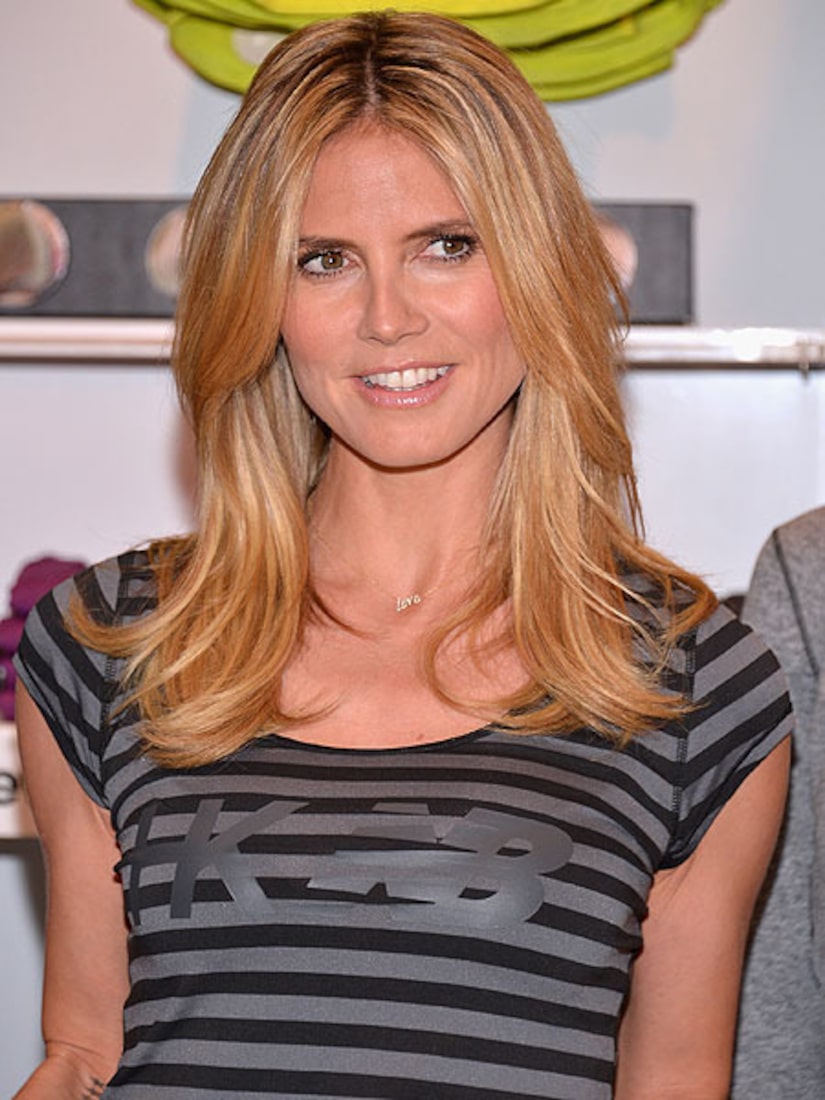 “Extra’s” AJ Calloway caught up with “America’s Got Talent” judge Heidi Klum in NYC at the new season auditions on Monday, where the supermodel talked about the frightening moment when 7-year-old son Henry and two nannies were caught in a riptide in Hawaii.

Klum explained, ”It was a real scare. One second everything was fine -- my son, the nanny was swimming in the water -- and a second later, the wave came and just swept them into the ocean.

She continued, “Fortunately my son is a really great swimmer. All my kids are great swimmers, learning to swim at 2 years old… He dove under the waves, swam and boom! Four seconds, he was out. The grownups, on the other hand, they had a harder time. I had to help a little bit.”

Klum added that everyone is okay and even joked, “Next time I need to wear a bigger bathing suit and not forget to suck my stomach in… lesson learned on that part!”

As for her new role on “AGT” Heidi said it is fantastic and she sees herself as a fair judge.
The “America’s Got Talent” season premiere is June 4 on NBC!