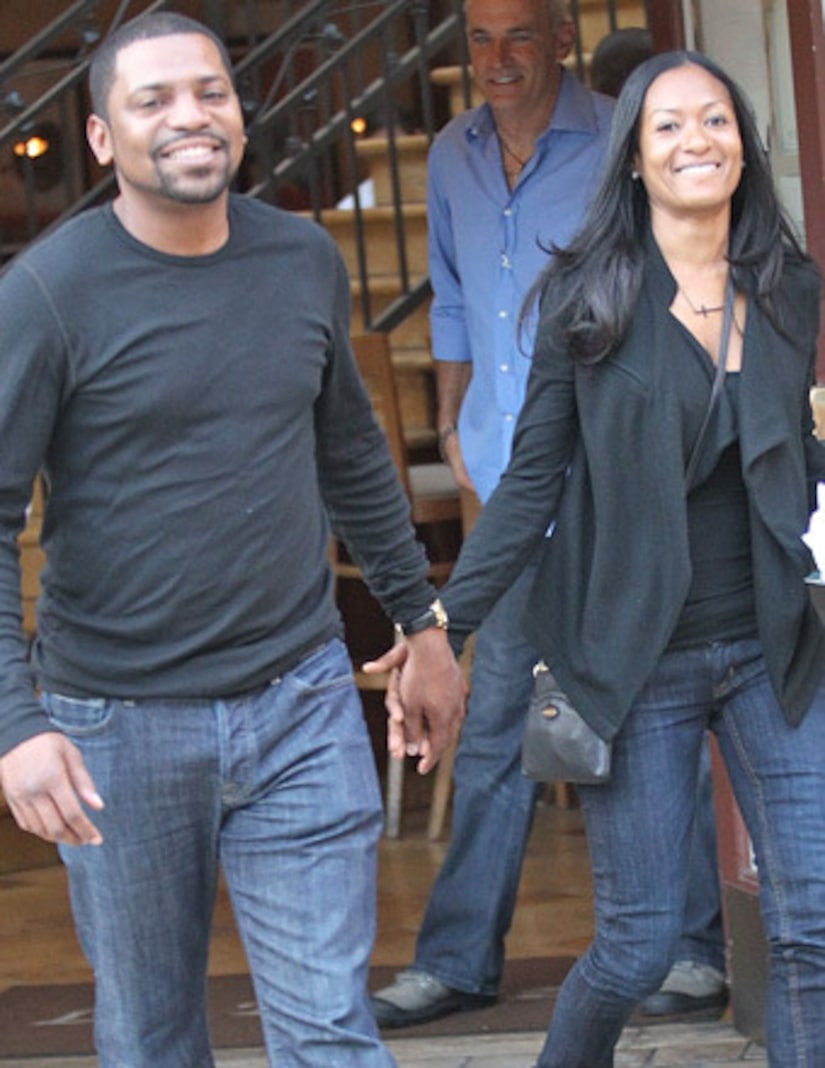 Actor Mekhi Phifer and creative services executive Reshelet Barnes are married! The couple tied the knot in a ceremony on Saturday at the Montage Hotel in Beverly Hills, reports E! News.

The two said “I do” on an outdoor terrace before 100 friends and family. Making the moment even sweeter was Mekhi's son, who walked down the aisle with a cute Chihuahua.

Phifer entered the terrace in a white suit as Stevie Wonder's “Ribbon in the Sky” played. An eyewitness told E! that Mekhi was in tears when Reshelet appeared to the tune of “Here Comes the Bride.” TV's Judge Mathis officiated.

"When she made her entrance into the courtyard, Mekhi was completely overcome with emotion and you could tell she took his breath away,” the insider said. “He had to wipe tears from his eyes for several minutes."

After the 15-minute ceremony, the crowd gave the newlyweds a standing ovation.