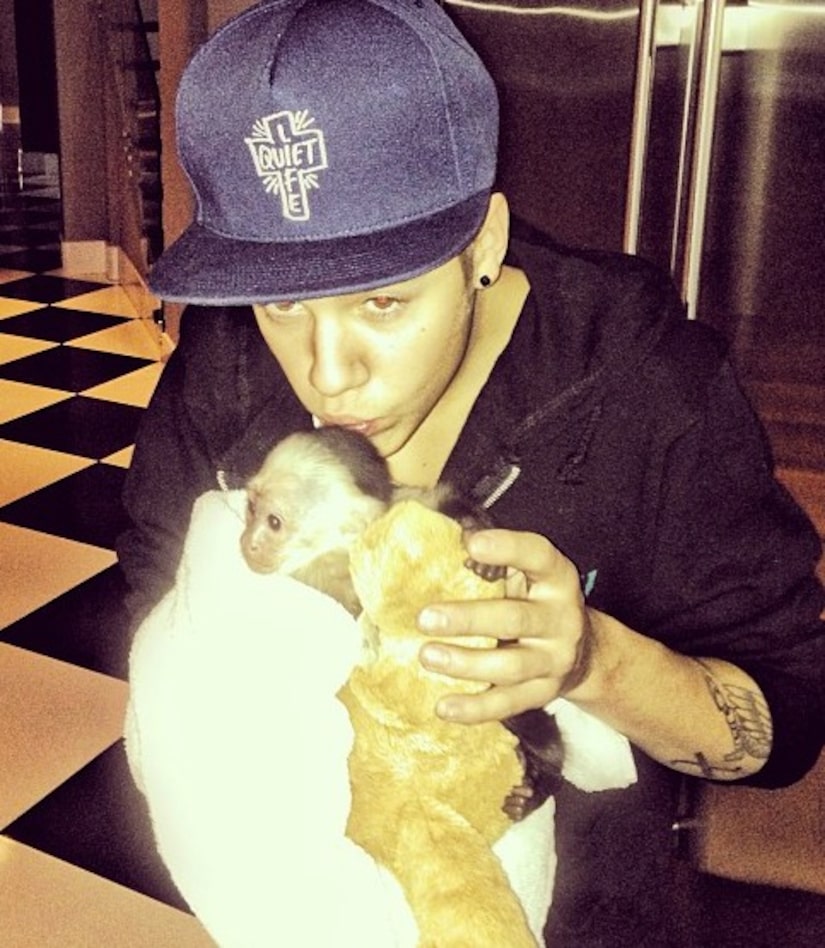 The 19-year-old star was confronted about his pet at customs. Since the Biebs didn't have proper paperwork, officials placed the monkey in quarantine.

The monkey was a recent gift from record producer Mally Mall, who tweeteed the pic above with the caption, "OG MALLY FIRST PIC WITH HIS POPS @JUSTINBIEBER."

Bieber performed in Munich on Thursday, beginning the latest leg of his European tour. He later tweeted: "Munich was a good time. And loud. The bus is headed to Vienna now. U coming?" He didn't mention the monkey.