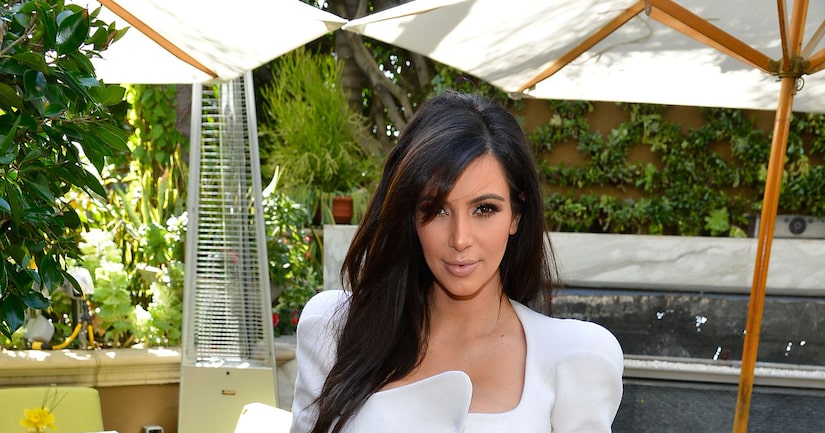 "We have a list, and some of them are K names, some of them aren't," said Kim. "North is not on our list. But you know what name I do like -- but it probably won't be on our list, because it kinda goes with North -- I like Easton. Easton West. I think that's cute."

The "Kourtney & Kim Take Miami" star also addressed critics who've been mocking her pregnancy curves. "I think it's a little bully-ish to call a pregnant woman fat. I mean, what do you expect? I hope I gain weight. I'm a little heavy."

She continued, "There's just more to love right now. I have the rest of my life to be skinny and to lose weight and I'm not really worrying about it. If I have a craving I'll go for it."