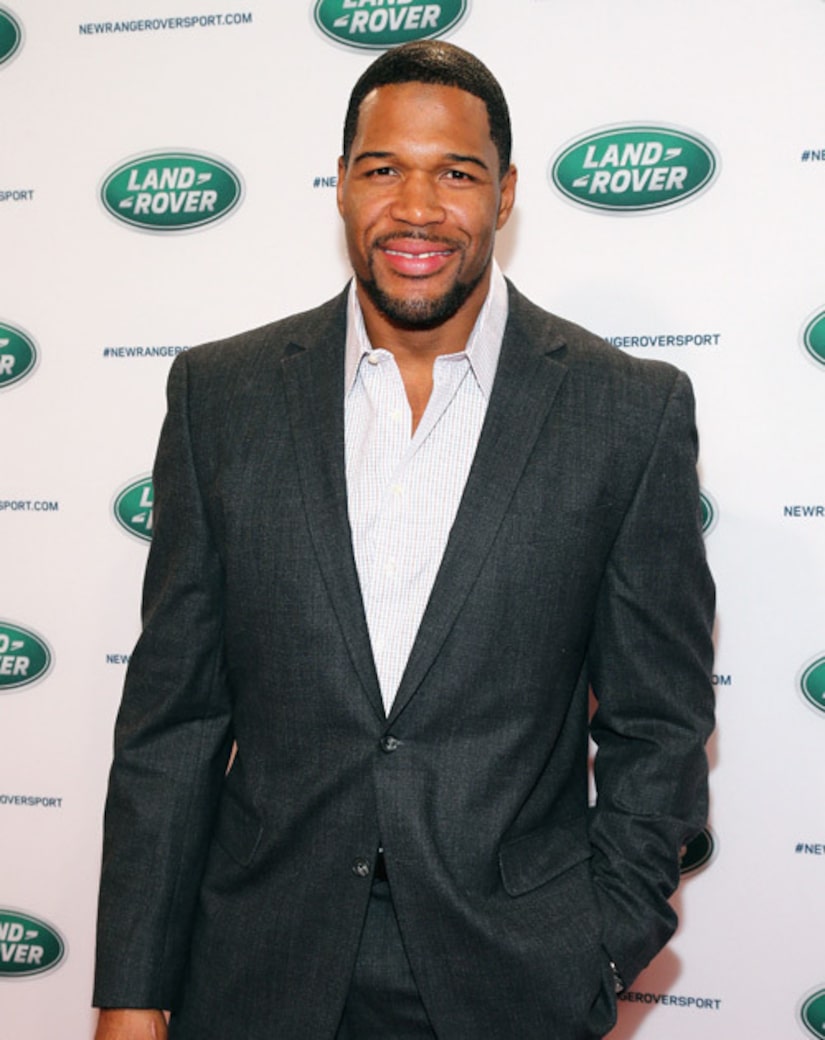 “Extra’s” Hilaria Baldwin caught up with Michael Strahan at the premiere of the all-new Range Rover Sport at the New York Auto Show Tuesday night. Michael dished on hosting “LIVE” without Kelly Ripa for the first time.

“It's going great, she's on vacation, so she texted me and said ‘you're going to do great,’” he said.  “And I said ‘my hope is that I keep it going and don’t burn down the building before you get back.’”

Kristin Chenoweth joined Michael on Monday and Tuesday. “I was bench pressing her, she’s really small… she called herself a 'pocket pet.'"

Michael went on to say, “I'm excited about everybody, cause everybody's different, so I'm getting a taste of the medicine Kelly had to go through before they made the decision to bring me on. It makes me appreciate her even more.”

Hilaria’s husband, Alec, was one of the 59 co-hosts that Kelly worked with before Michael took over the seat, “Your husband [Alec] is a great guest, he's the only one who gets away with asking us questions!”

Hilaria asked if Michael, who made an appearance in “Elf” on Broadway, had any advice for Alec -- who is set to star in “Orphans.” “Yeah, uh Mr. Baldwin, my acting advice to you is don't listen to anything I have to say about acting… and do what you've been doing, because it works, my friend!”