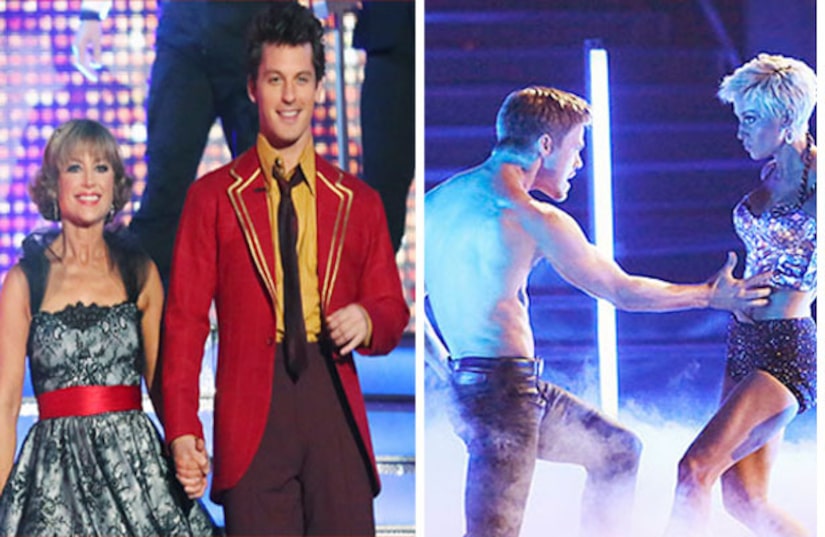 Thursday night on "Dancing with the Stars," Olympian Dorothy Hamill made a dramatic decision to withdraw from the competition, while singer Kellie Pickler emerged as a frontrunner.

Just hours before Tuesday's performance, Dorothy revealed that her ankle injury was the result of nerve damage from a cyst on her spine. "I wish I could stay, but I can't. It just wasn't getting any better," said the former figure skater.

When "Extra's" Renee Bargh asked Hamill about her injury, she said, "I've had a lot of falling and trauma to my back. Apparently, this cyst has been there a long time, but it's only been recently that I noticed it."

Kellie's partner, Derek Hough, spoke of Hamill's decision to leave. "It's sad, but your health is always number one."

Pickler and Hough's jazz performance ranked them second on the leader board, just behind Disney Channel star Zendaya and Valentin Chmerkovskiy.