Jenni "JWoww" Farley officially became the godmother to Nicole "Snooki" Polizzi's son at his christening on Sunday in New Jersey.

At the ceremony, Snooki, fiancé Jionni LaValle and baby Lorenzo were surrounded by family members and a few close friends.

Farley took to Twitter to document the event, posting a pic of her feeding a bottle to the 7-month-old, with the caption, "My precious godbaby… My love." 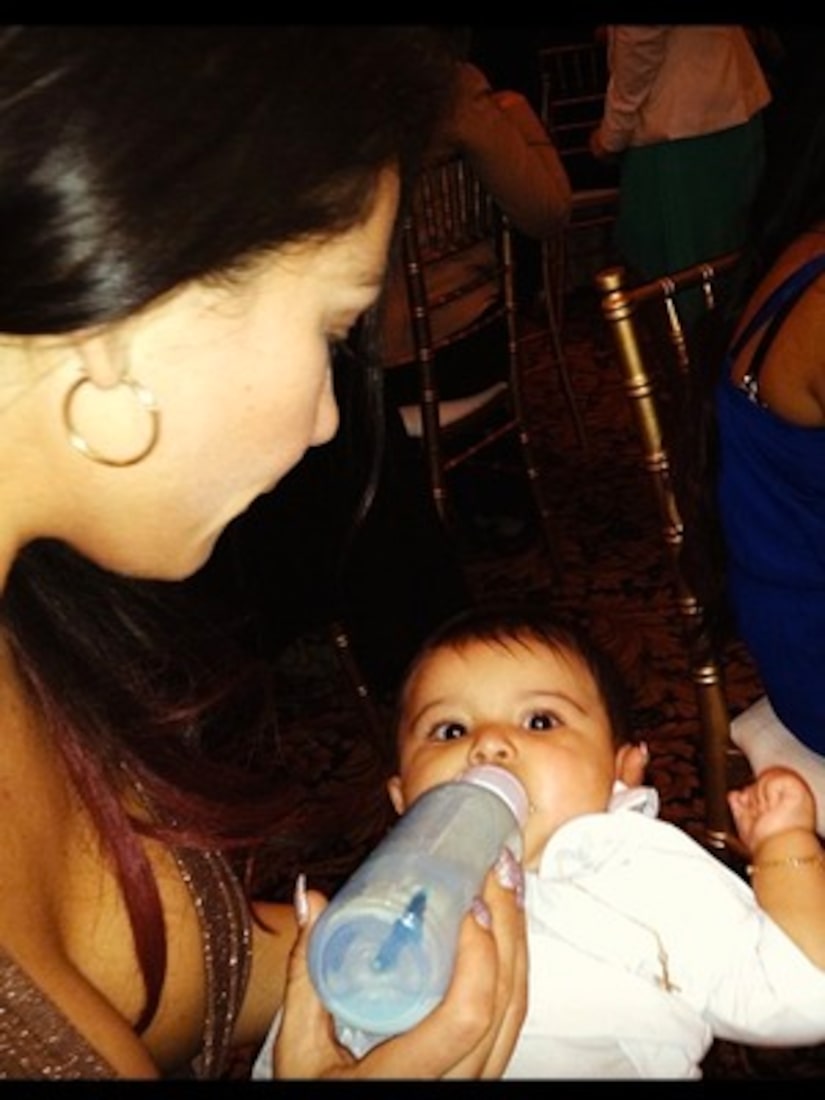 Snooki also shared her baptism excitement with fans, tweeting, “Lorenzo is finally baptized! He did so good.
Polizzi is currently writing her fourth book, a pregnancy guide for expecting moms.