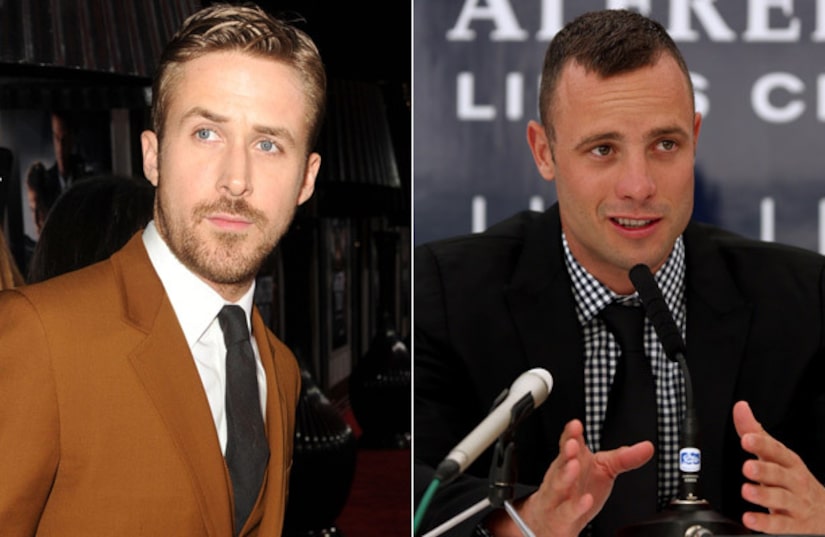 Was the chance to play accused murderer Oscar Pistorius enough to lure Ryan Gosling back to acting? The British press seems to think so.

The Daily Mail reports that Gosling has been linked to a script for the true crime story, along with Charlize Theron as his girlfriend, Reeva Steenkamp.

A source told the paper, "Ryan has the kind of quiet magnetism that would make this project work – plus there's some mystery about him. Although Ryan has been saying publicly that he wants to take a break from acting to relax, executives will be falling over themselves to woo him once the scripts are finalized."

Who do you think should play Oscar? Take our poll.

The film would likely follow the Blade Runner's rise to fame as an Olympian and Paralympian track star, and the Valentine's Day shooting death of Reeva.

Pistorius, 26, is currently out on bail, charged with premeditated murder. Oscar claims he shot Reeva through a bathroom door because he believed she was an intruder.